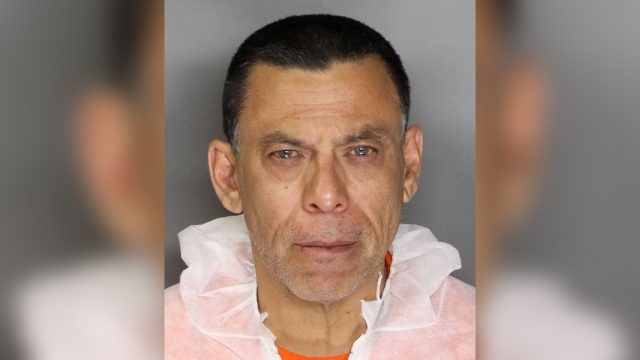 SACRAMENTO, Calif. (AP) — Police arrested a 56-year-old man Friday on suspicion of homicide in connection to the killings of two adults and two juveniles in Sacramento a day earlier.

The four victims were discovered Thursday morning when police broke into the home after a relative reported that something might be wrong.

Police did not immediately identify the victims or provide their genders or ages, and say they have not yet determined a motive for the killings.

On Thursday, Vasquez-Oliva of Sacramento was quickly singled out by investigators. However, police have not said what relationship Vasquez-Oliva has, if any, to the dead. He was likely known by the victims, Heinlein said.

“Preliminarily this does not appear to be a random act,” Heinlein said Thursday.

A neighbor, Rita Munoz, told the Sacramento Bee that a couple with children ages 11 and 14 live in the house.

The mayor issued a statement, calling the crime horrifying and extremely tragic.

The single-story beige home with sculpted shrubbery has a basketball hoop in a driveway that police blocked off with yellow crime scene tape. It’s located in a tree-lined residential neighborhood of neatly maintained homes near a church.

It was unclear when the victims were killed, Heinlein said. Police also weren’t saying how they were killed.

There were no reports of shots fired or other problems at the home until the relative called police to report concern, Heinlein said.

A few neighbors looked on curiously as homicide detectives and crime scene investigators made their way in and out of the home south of the state Capitol.

Don Sherrill, whose home shares a back fence with the victims’ house, said he and his wife, Joanne Sherrill, often heard children playing in the backyard or using an inflatable pool.

“The young kids really enjoyed the backyard and swimming in the summer time,” Joanne Sherrill told the Bee.

This article was written by Don Thompson from the AP.