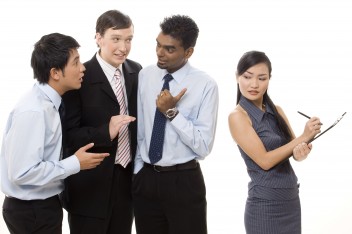 The American Bar Association (ABA) recently voted to amend a provision of the Model Rules of Professional Conduct to ban attorneys from making sexist remarks.

According to the modified rule, attorneys are now prohibited from “enagag[ing] in conduct that the lawyer knows or reasonably should know is harassment or discrimination … in conduct related to the practice of law.”  Attorneys who “violate or attempt to violate” this provision are now subject to disciplinary proceedings before state bar associations for ethical violations, including “professional misconduct.”  Consequences for professional misconduct violations can range from private reprimands to a suspension or loss of one’s law license.

The New York Times reports advocates pushed for a rule change due to a fear that “without a flat prohibition, using demeaning and misogynistic terms and actions to undermine opposing counsel and others too often does not have consequences.”  Furthermore, the Times writes many female lawyers believed a national rule was necessary to curb the far too “many ‘honeys,’ ‘darlings’ and other sexist remarks and gestures toward them while they are trying to practice their profession.”

Critics of the rule change, including the First Liberty Institute, say it represents a “clear and extraordinary threat to free speech and religious liberty, and if adopted with the force of law by any bar, would be an unprecedented violation of the First Amendment.”

Similarly, a blistering op-ed published in the National Law Journal last week argues the decision was driven by P.C. politics.  The author takes particular issue with the seemingly subjective nature of what constitutes harassment and discrimination.

“The word ‘harassment’ would seem to include whatever a person ‘feels’ to be harassing or ‘unwelcome,’ something short of a legal standard,” the op-ed states. “No doubt, ethics enforcers will “know it when they see it.”

Despite these criticisms, reports indicate no one stood up to voice concerns at the ABA House of Delegates meeting on Monday.  Although, given the delegate nature of the topic, it does not seem all that surprising that nobody stood up to speak against it at the meeting.  The measure ultimately passed by voice vote, according to the ABA Journal.

Prior to the ABA adoption of a national standard, approximately two dozens states and Washington, D.C. have reportedly already passed similar rules.