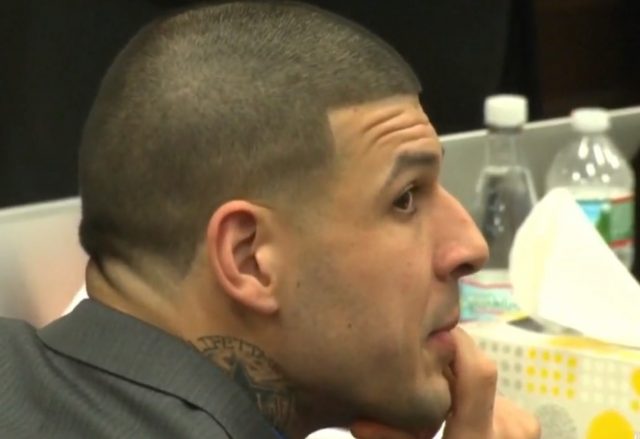 One of the instructions the judge in the Aaron Hernandez double murder trial promised to read to the jury is a so-called “Bowden Instruction.”

The trial judge in Bowden wouldn’t let the defendant go there.  He said:

“[I]t is my observation in the course of the trial . . . that you have undertaken a line of cross-examination with several witnesses, asking them were these tests performed, and were those tests performed, and so on and so forth. . . . I would hope that . . . you are not going to argue that type of questioning has any probative value because I am certainly going — if you do — I am certainly going to instruct the jury that no evidence is exactly that. No evidence. . . . I don’t think you can say that a lack of evidence exists primarily because something wasn’t done scientifically. That’s the point I am trying to make to you.”

The defendant was convicted and filed an appeal.  The Massachusetts Supreme Court ruled that the above statement to be reversible error.  The justices threw out the conviction and stated:

“The failure of the authorities to conduct certain tests or produce certain evidence was a permissible ground on which to build a defense in the circumstances of this case.  The fact that certain tests were not conducted or certain police procedures not followed could raise a reasonable doubt as to the defendant’s guilt in the minds of the jurors.  The judge should not have removed this evidence from the jury’s consideration, and in so doing invade the province of the jury to decide what inferences to draw from certain evidence.”

This gave rise to the “Bowden Instruction.”

The Massachusetts District Court Model Jury Instructions on the matter read as follows.  The judge in the Hernandez trial may use these instructions or may use a modified version of them.

You have heard some evidence suggesting that the Commonwealth did not conduct certain scientific tests or otherwise follow standard procedure during the police investigation.

This is a factor you may consider in evaluating the evidence presented in this case.

With respect to this factor, you should consider three questions:

If you find that any omissions in the investigation were significant and not adequately explained, you may consider whether the omissions tend to affect the quality, reliability or credibility of the evidence presented by the Commonwealth.

All of these considerations involve factual determinations that are entirely up to you, and you are free to give this matter whatever weight, if any, you deem appropriate based on all the circumstances.

The jury instructions go on to state that the Bowden instruction is “optional, but preferable.”