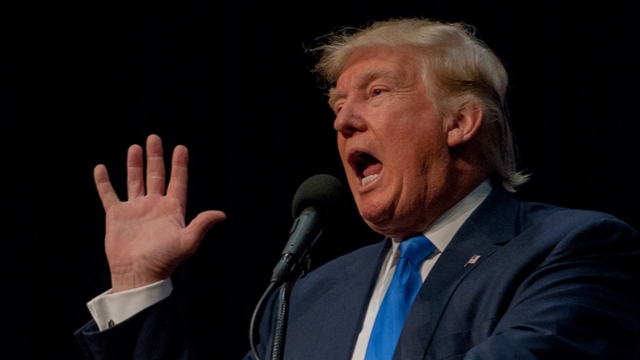 What started as a routine request that Fusion GPS look into candidate Donald Trump led the firm to dig into Trump’s purported connections to Russian organized crime. That detail is among mountains of information in a 312-page Senate Judiciary Committee interview transcript released today by Sen. Diane Feinstein, the ranking Democrat on the committee. The transcript contains an interview of Gregg Simpson, the head of Fusion GPS, by investigative attorneys with the Judiciary Committee. Though the interview occurred last August 22nd, the transcript’s release is new.

In the interview, Simpson described his firm as primarily a litigation support firm:  people hired Fusion GPS when they felt they were being defrauded or otherwise wanted to sue. He said Fusion GPS rarely conducted political research, but that sometimes, it was part of their business, especially in election years. He also said that investigations were almost always open-ended:  a client named a target, and the firm let the research carry wherever it went. Here’s how he described the beginning of his Trump investigation:

I don’t have specific recollection of there being a specific tasking. I believe it was why don’t you take a look at Donald Trump, it looks like he may, you know, be more successful than people think, something — there was some level of insight that he had a better shot than people were giving him at the time, but it was on open-ended request like most of the things that we get.

It’s interesting, however, that the request landed on Simpson’s desk. The Senate committee transcript reveals that Simpson, a former Wall Street Journal reporter, had experience with Russian investigations before:  he’d worked on the Prevezon Holdings litigation, where the Justice Department alleged that a company wound up with $230 million in fraud proceeds which came out of the Russian treasury. (Fusion GPS was hired by a law firm which litigated the matter.) He’d also worked on researching the Magnitsky Act, which attempted to block certain Russian operatives from using the U.S. banking system after they purportedly caused the death of a Russian tax accountant in a Russian prison in 2009. As head of Fusion GPS, Simpson described himself as an “amateur student” of “Russian crime figures,” as he had covered Russian political corruption and organized crime as a journalist. It’s almost as if he was the perfect man for the job.

Simpson said the investigation into candidate Trump started as a “holistic” examination of Trump’s “business record and his associations, his bankruptcies, his suppliers, you know, offshore or third-world suppliers of products that he was selling.” It “evolved somewhat quickly into issues of his relationships to organized crime figures,” Simpson said:

What’s interesting is that some of the same characters from the Prevezon litigation, in which Fusion GPS participated, popped up in connection with Trump’s associates:

SIMPSON:  Felix Sater was, you know, connected to the same Russian crime family that was at issue in the Prevezon case, which is the dominant Russian crime family in Russia and has a robust U.S. presence and is involved in a lot of crime and criminal activity in the United States and for many years was the — the leader of this family was on the FBI most wanted list and lives openly in Moscow as a fugitive from U.S. law for a very elaborate stock fraud.

Q:  Who is that individual and family?

SIMPSON:  The first name is Semyon . . . the last name is Mogilevich.

You know, Russian organized crime is very different from Italian organized crime. It’s much more sort of a hybrid kind of thing where they’re involved in politics and banking and there’s even a lot of connections between the mafia and the KGB or the FSB and cyber crime, things that the Italians sort of never figured out. Stock fraud in particular was the big thing in the U.S. In any event, all of that entered into my thinking when I saw that Donald Trump was in business with Felix Sater in the Trump Soho project and a number of other controversial condo projects.

Q. And what, if anything, did you conclude about the connection between and in the business dealings that then Candidate Trump had had with Mr. Sater?

SIMPSON:  I found it notable this was something he didn’t want to talk about and testified under oath he wouldn’t know Felix if he ran into him in the street. That was not true. He knew him well and, in fact, continued to associate with him long after he learned of Felix’s organized crime ties. So, you know, that tells you something about somebody. So I concluded that he was okay with that and that was a troubling thing. I also, you know, began to — I keep saying I, but we as a company began to look at where his money came from and, you know, that raised a lot of questions. We saw indications that some of the money came from Kazakhstan, among other places, and that some of it you just couldn’t account for.

Simpson told the Committee that he hired Steele to continue the investigation due to Trump’s many trips to Russia and Trump’s talk, without action, of conducting business there. “[T]hat struck me as a little bit odd and calling for an explanation,” Simpson explained to the Committee. “The Trump organization had branched out all over the world in like the four to eight years prior to 2016. So in any kind of investigation you would naturally want to know whether there was some issue with improper business relationships,” he explained.

“[W]hen Chris started asking around in Moscow about this the information was sitting there. It wasn’t a giant secret. People were talking about it freely. It was only, you know, later that it became a subject of great controversy and people clammed up.”

In the end, after approximately ten hours of questioning, when asked his opinion of Trump, Simpson admitted struggling with his vows of objectivity from his days as a journalist, but concluded:

I had reached a conclusion about Donald Trump as a businessman and his character and I was opposed to Donald Trump . . . I was concerned about whether he was the best person for the job . . .  We deal in factual information and over the course of this project we gathered lots of facts about Donald Trump . . . there were various allegations of fraudulent business practices or dishonest business practices or connections with organized crime figures . . . It was a long history of associations with people accused of involvement in criminal activity.

Simpson told the Senate Judiciary Committee that he did not recall coming across any evidence of criminal activity by Trump himself.