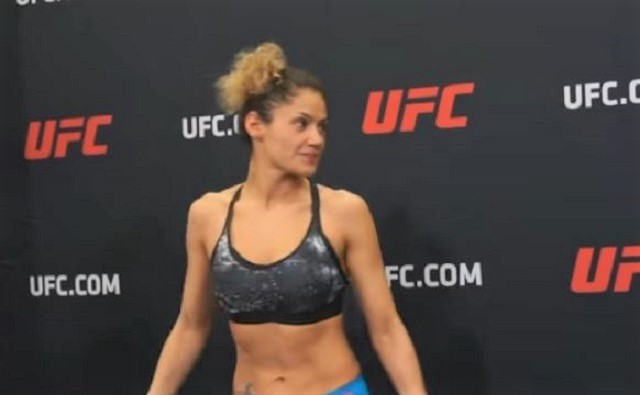 Professional mixed martial arts fighter Pearl Gonzalez was all set to make her debut with Ultimate Fighting Championship at the promotion’s UFC 210 event this Saturday night in Buffalo, NY. But a New York Athletic Commission rule against breast implants has put her bout against Cynthia Calvillo in jeopardy just a day before the fight, ESPN reported.

Gonzalez, who has implants, has fought seven times in her professional career with other promotions, and was apparently not aware of the rule when the fight was set. New York just made mixed martial arts events legal in the state in April 2016, which is the same month Gonzalez had her last fight. New York’s first MMA event took place in the fall.

The Athletic Commission applied its Medical Standards for Professional Boxers, which says, “Due to the concern over rupture, boxers who have breast implants are not eligible to box in New York.” While boxing and MMA are very different sports, MMA does have a boxing element to it, so strikes to the chest are a concern.

As of Friday afternoon, UFC officials were working to save the match