Deflategate Round 2: Why the NFL May Prevail Over Tom Brady This Time 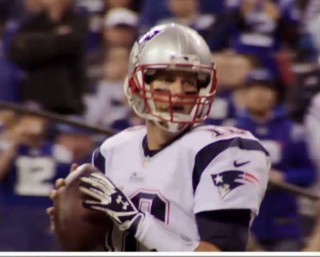 Deflategate singlehandedly stole the show as the sports law story of 2015. Unless you’ve been living under a rock, Deflategate was created after there was an allegation that New England Patriots quarterback Tom Brady was knowledgeable of the deflation of footballs that were used during the 2015 AFC Championship Game that sent the Patriots to Super Bowl 49 that ultimately led to a win there. NFL Commissioner Roger Goodell suspended Brady 4 games, which Brady subsequently appealed. On appeal, evidence came forth that Brady had destroyed his cellphone, which supposedly played a key role in this case as the cellphone contained text conversations between Brady and the Patriots equipment manager. The destruction of the cellphone occurred concurrently with the league’s investigation of this matter and his apparent lack of cooperation in the investigation were key factors for the NFL to consider in this appeal.

Ultimately, Brady’s suspension was upheld and Brady subsequently filed a lawsuit in federal court against the NFL citing due process and notice violations in connection with his suspension. Judge Richard Berman of the US District Court of the Southern District of New York presided over the case, which lasted for almost one month. Days before the NFL season began, Judge Berman ruled in favor of the NFLPA and Tom Brady and reversed Brady’s suspension effective immediately. In his 40-page decision, Berman believed Brady did not receive adequate notice about his 4-game suspension, adding that league’s interpretation of the NFL drug testing policy did not serve as an adequate basis to punish Brady. Instead, Berman stated that Brady was only aware of a fine under the league’s player policy. Judge Berman’s decision is quite exhaustive but in a nutshell, he felt the NFL did not afford Brady certain procedural rights and notice requirements during the Deflategate investigation.

Soon after Judge Berman’s ruling, the NFL filed an appeal to the 2nd Circuit Court of Appeals. The NFL submitted a brief to the court and so did the NFLPA on behalf of Tom Brady. Thursday, oral arguments were made before a three-judge panel made up of Judge Denny Chin, Judge Barrington Parker, and Judge Robert Katzmann. The NFLPA’s gameplan going into the hearing was to argue their same argument asserted in district court and in their brief, which is that Tom Brady did not receive adequate notice under the NFL league rules and policy to warrant a 4-game suspension for the deflation of footballs. Likewise, the NFL’s gameplan going into oral arguments was to prove that the league, specifically Roger Goodell, exercised proper authority in sanctioning Brady and the district court was not within its power to vacate Brady’s 4-game suspension.

Sports Illustrated’s Michael McCann provides a nice summary of what happened inside the Deflategate oral arguments. Judging from the accounts he’s provided, while both sides received hard questions, the NFLPA seemed to take harder hits.

Paul Clement, the attorney representing the NFL in this case, expressed to the court that Commissioner Goodell had full authority to punish Brady under the CBA. Clement took the position that Brady’s conduct constituted as conduct that was detrimental to the league. According to Clement, Commissioner Goodell punished Brady based on the finding of the Deflategate report, which had concluded that Tom Brady was generally aware of the deflation of footballs during the 2015 AFC Championship Game. At one point, Judge Parker called the 4-game suspension “draconian” and asked Mr. Clement if there truly is any advantage to deflating footballs and if deflating footballs is any different than a receiver using stickum to catch footballs. In spite of a series of questions by the judges calling out the NFL’s rationale for punishing Brady in the first place, Clement brought it back home, asserting that Commissioner Goodell acted in his right and under discretionary circumstances to act in the best interest of the league and sport.

Jeffrey Kessler, the attorney representing Tom Brady and the NFLPA, got some hard-hitting questions. According to McCann’s account in the courtroom, Kessler argued that procedurally, Brady was still entitled to some type of notice of punishment. Kessler suggested that even if Commissioner Goodell has authority to punish under the best interest of the sport clause, he was still obligated to warn Goodell of a possible suspension. The court didn’t seem to buy this argument. Throughout Kessler’s oral arguments, the judges brought up factual issues, namely the issue of Tom Brady destroying his cellphone shortly after news broke that he would be investigated for potentially deflating footballs. Judge Chin even made a remark during Thursday’s oral arguments where he said that the evidence was overwhelming in proving that Tom Brady deflated footballs. This was an overarching sentiment throughout Kessler’s argument: that Tom Brady’s destruction of his cellphone was so obvious that it suggests that he knew a punishment was coming.

After reflecting about what happened, I have a strong feeling this case will be reversed in favor of the NFL. Going in, I thought Team Brady had some legitimate arguments brought forth about procedural and notice issues in the Deflategate investigation and subsequent suspension. Yet, it seems that the NFL was able to show that Roger Goodell was able to exercise latitude in punishing Brady under the best interests of the sport clause because that’s his job as commissioner. According to the NFL, he has that right under the NFL Constitution and I agree with that.

As I was following the hearing via Twitter, I saw tweets from people inside the courtroom making mention about facts of the case, specifically the cellphone destruction, which kind of shocked me. Seldom do you ever see issues of fact arise in appellate cases. Then again, I think the reason why Brady’s cellphone destruction plays a big role here is because it directly correlates with an issue of law here, which is whether Goodell had discretionary authority to punish Brady the way he did in the first place.

This case can go any direction, and we won’t know the answer until a few months from now. But if I had to make a prediction, I think this 3-judge panel will rule 2-1 in favor of the NFL and reverse Judge Berman’s decision. I believe the NFL brought forth a stronger argument that appears far more persuasive that Brady’s. This case will depend on whether the 2nd Circuit agrees with Judge Berman’s logic or find sthat the commissioner exercised proper authority. Regardless of the outcome, the Deflategate case continues to play a vital role in the sports law world and it’s a story we’ll definitely keep our eyes on.