Who Is Burns Strider, the Clinton Spiritual Advisor Accused of Sexual Harassment? 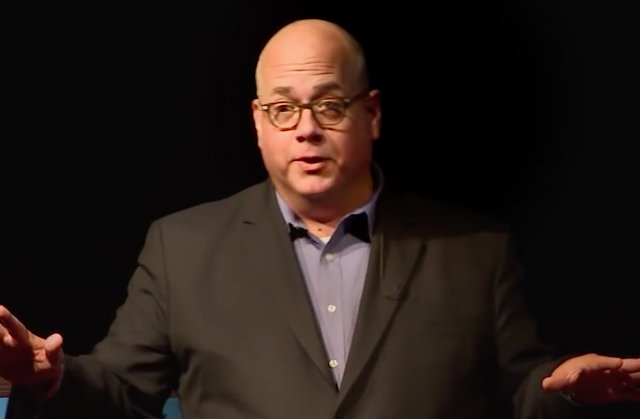 Hillary Clinton shielded an advisor accused of sexual harassment in her 2008 presidential run, according to The New York Times on Friday. Who is Burns Strider? Believe it or not, he was the campaign’s “faith guru.”

Strider’s online bio at Eleison Group, a Dem firm that he co-founded, says he was Senior Advisor and Director of Faith and Values Outreach for that 2008 campaign. He also started and helps run the American Values Network, a progressive Christian lobbying group.

His bio says he started his political career in the 1990s interning for politicians like Rep. Mike Espy (D-Mississippi) and then-Senator Al Gore (D-Tennessee), became a speechwriter for Mississippi Secretary of State Dick Molpus, and went on to become Chief of Staff for Rep. Ronnie Shows (D-Mississippi). He also worked as a missionary in Hong Kong. Strider also served in the U.S. House Democratic Faith Working Group and Rural Working Group, and other projects. He served as Senior Advisor to then House Speaker Nancy Pelosi (D-California). Experiences like this serve as the backbone of this 52-year-old’s career. He’s been a speaker on cable news outlets, delivered a TEDx talk in 2014, served on other campaigns, etc.

This is the sexual harassment allegation against him, as told in the Times story: a 30-year-old woman shared an office with him. According to “three former campaign officials familiar with what took place,” she claimed Strider rubbed her shoulders, kissed her forehead, and sent inappropriate emails. Campaign manager Patti Solis Doyle told Clinton that Strider needed to be fired.

Clinton didn’t do it. Strider’s pay was docked and he was told to get counseling. The 30-year-old woman, in the words of the Times, got a “new job.”

Almost nobody directly referenced in the allegation has said publicly anything about it. The woman declined to comment when the Times reached out. (“Two people with direct knowledge” said she signed a nondisclosure agreement as part of her campaign work. It stops employees from talking about the insider aspects.) Doyle, too, declined to issue a statement.

Strider did not respond to an email requesting comment, the Times said.

A Clinton spokesman gave the outlet a statement from a law firm that worked with the campaign in 2008. This confirmed there was a complaint against Strider.

“To ensure a safe working environment, the campaign had a process to address complaints of misconduct or harassment,” said the letter from Utrecht, Kleinfeld, Fiori, Partners. “When matters arose, they were reviewed in accordance with these policies, and appropriate action was taken. This complaint was no exception.”

Strider ended up supporting Clinton’s 2016 run for the presidency. He did’t work for the campaign this time, but joined Correct the Record, a super PAC founded by David Brock.

From the Times report:

He was fired after several months for workplace issues, including allegations that he harassed a young female aide, according to three people close to Correct the Record’s management.