What Are Pennsylvania’s Republican Delegate Rules? 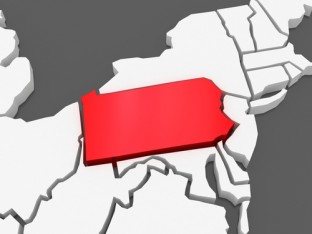 With the Republican National Convention approaching, the specter of a brokered convention looms like a mysterious cloud over the Presidential race. There’s been a lot of talk over not just which candidate will have the most delegates beforehand, but if and how each state’s delegates could change sides. Here’s a rundown of the rules for Pennsylvania, and how it impacts the overall situation.

How many delegates are there? 71 delegates

Who are they? Delegates are typically active party members or local leaders. Each state also has three (3) delegates who are members of the Republican National Committee (RNC).  HERE is a list of unbound delegates via the PA Secretary of State.

How are delegates allocated? In Pennsylvania, the seventeen (17) statewide delegates are allocated on a winner-take-all basis to the candidate that wins the statewide popular vote in the primary. The fifty-four (54) congressional district candidates remain unbound throughout the GOP presidential nomination process- this is called a Loophole Primary.

What effect could this have on the convention? Pennsylvania’s fifty-four (54) congressional district delegates could become very influential, especially if Donald Trump needs only a handful of delegates to reach 1,237 delegates on the first ballot at the 2016 Republican National Convention.  According to the Washington Post, Trump has likely secured at least an additional 39 of the state’s 54 unbound delegates.