What are Florida’s Republican Delegates Rules? 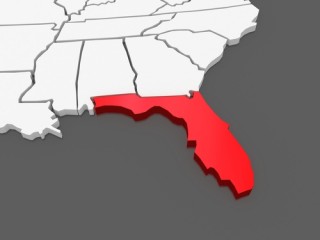 With the Republican National Convention approaching, the specter of a brokered convention looms like a mysterious cloud over the Presidential race. There’s been a lot of talk over not just who will have the most delegates beforehand, but if and how each state’s delegates could change sides. Here’s a rundown of the rules for Florida, and how it impacts the overall situation.

How many delegates are there? 99

How many did each candidate win? Florida is a winner-take-all state, so Donald Trump, who won the primary, has all 99 delegates.

At what point can delegates switch candidates? Florida‘s delegates are bound to their candidate longer than those from any other state, keeping them through third ballot at the convention. So if there is still no nominee after three rounds of voting, they will then be free to support any candidate they wish. For the first three ballots, however, they must vote for Trump.

What effect could this have on the convention? While it remains to be seen whether the convention will have enough rounds of voting for Florida’s delegates to change sides, the fact that there are so many of them bound to one candidate for so long is extremely significant. With 99 out of the required 1,237 delegates essentially locked up for Trump, any other candidate has to work that much harder to get the nomination.