What are Delaware’s Republican Delegates Rules? 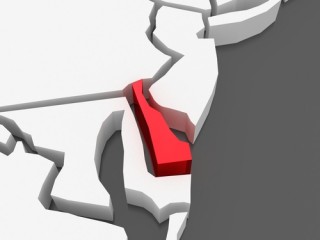 With the Republican National Convention approaching, the specter of a brokered convention looms like a mysterious cloud over the Presidential race. There’s been a lot of talk over not just who will have the most delegates beforehand, but if and how each state’s delegates could change sides. Here’s a rundown of the rules for Delaware, and how it impacts the overall situation.

How many delegates are there? 16

How are the delegates picked? Delaware has 10 “at-large” delegates, three assigned according to Congressional districts, and three automatic delegates who are members of the Republican National Committee. As far as who fill these positions, the Delaware GOP rules say that an Executive Committee presents a slate of delegates and alternates that are voted on at the State Convention. Presidential candidates do not get any input into who the delegates are.

How many did each candidate win? Donald Trump won all 16 delegates.

At what point can delegates switch candidates? Delaware’s delegates will be bound to their candidate through the first ballot of the convention. If a nominee has not been declared after the first round of voting, they will be free to support whomever they choose.

What effect could this have on the convention? In a brokered convention, every delegate counts, so while Delaware only has 16 of them, they could very well be difference makers, depending on who they choose to support if they get the option.