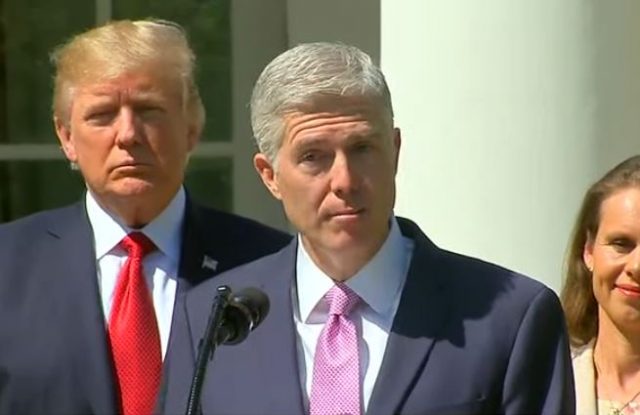 Tax records revealed in a new report showed that a Virginia-based non-profit organization gave millions to a group that took out ads urging GOP Senators to keep Merrick Garland out of the Supreme Court and put Neil Gorsuch in. Last year alone, The Wellspring Committee gave $23 million to the Judicial Crisis Network, which in turn spent $7 million on materials opposing Garland. After President Donald Trump was elected, JCN spent another $10 million in pro-Gorsuch ads.

Last year was a big year for Wellspring, as they raised more than twice as much money than in any previous year. This is largely thanks to one anonymous donor who gave $28.5 million, according to records obtained by MapLight, a non-profit that aims to expose the influence of money on politics. This accounts for nearly all of the $32 million Wellspring received that year, dwarfing the $13.2 million that had been their annual high until then.

Wellspring isn’t required to disclose who their donors are, since they are a social welfare organization.