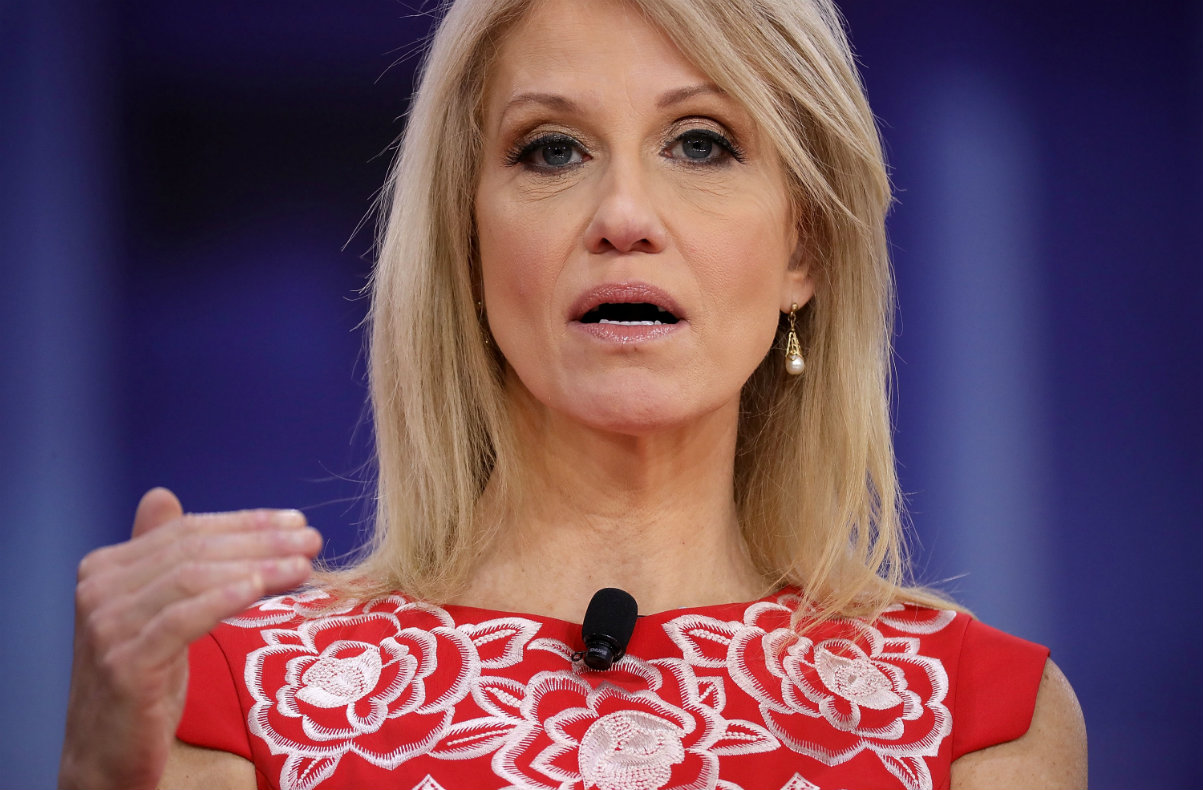 Kellyanne Conway‘s husband just trolled her boss again. This time, through some retweets critical of Donald Trump‘s promise to formally ask the Department of Justice to investigate itself and the Federal Bureau of Investigation over an informant. Here’s what popped up on attorney George Conway‘s account Sunday afternoon.

The Department of Justice doesn’t open investigations for political puposes, which is what the president says today he will order tomorrow. There are rules. And I’m convinced there are people left in this government who will follow them.

That’s from attorney and Georgetown Law Professor Carrie Cordero. Trump tweeted on Friday about a “FBI representative implanted, for political purposes, into my campaign for president.” The New York Times and The Washington Post both soon reported that the informant, described as an American academic, had indeed met with Trump campaign advisers. Both outlets said he’d communicated with George Papadopoulos and Carter Page. WaPo said he also met with former campaign co-chairman Sam Clovis.

And Conway didn’t stop with retweeting Cordero’s criticism. One of the co-authors of the WaPo report, Carol Leonnig, wrote that Trump’s proposed investigation would’ve been sort of redundant.

Trump says he will call for Justice Department to probe whether FBI ‘surveilled the Trump Campaign for Political Purposes’ . But I think an IG is kinda doing that now. https://t.co/2iprafCtfy

This tweet too showed up on Conway’s account. Since March, the Inspector General of the Department of Justice has been probing the FISC court applications filed “relating to a certain person.” That’s Page. In the Times story, the source last exchanged emails with him in September 2017, about a month before the warrant to surveil Page ran out.

Conway did not respond to a Law&Crime request for elaboration. Of course, retweets aren’t necessarily endorsements, but this lawyer’s social media history shows a less-than-glowing attitude toward Trump’s behavior. Even though his wife is one of the president’s most prominent spokespeople, he has subtweeted her boss on things like the FBI raid on Michael Cohen, and the $130,000 payment to Stormy Daniels. He also deleted some Tweets critical of the president right as Kellyanne Conway was reportedly being considered in March 2018 for the still-vacant job of White House Communications Director. George Conway was once up to work for the Trump Justice Department, but pulled out of consideration in June 2017, saying it wasn’t the right time for him and his family if he left the private sector. He said he and his wife supported the president and the administration.