Judges Suggests Trump Could Mute People on Twitter Instead of Block 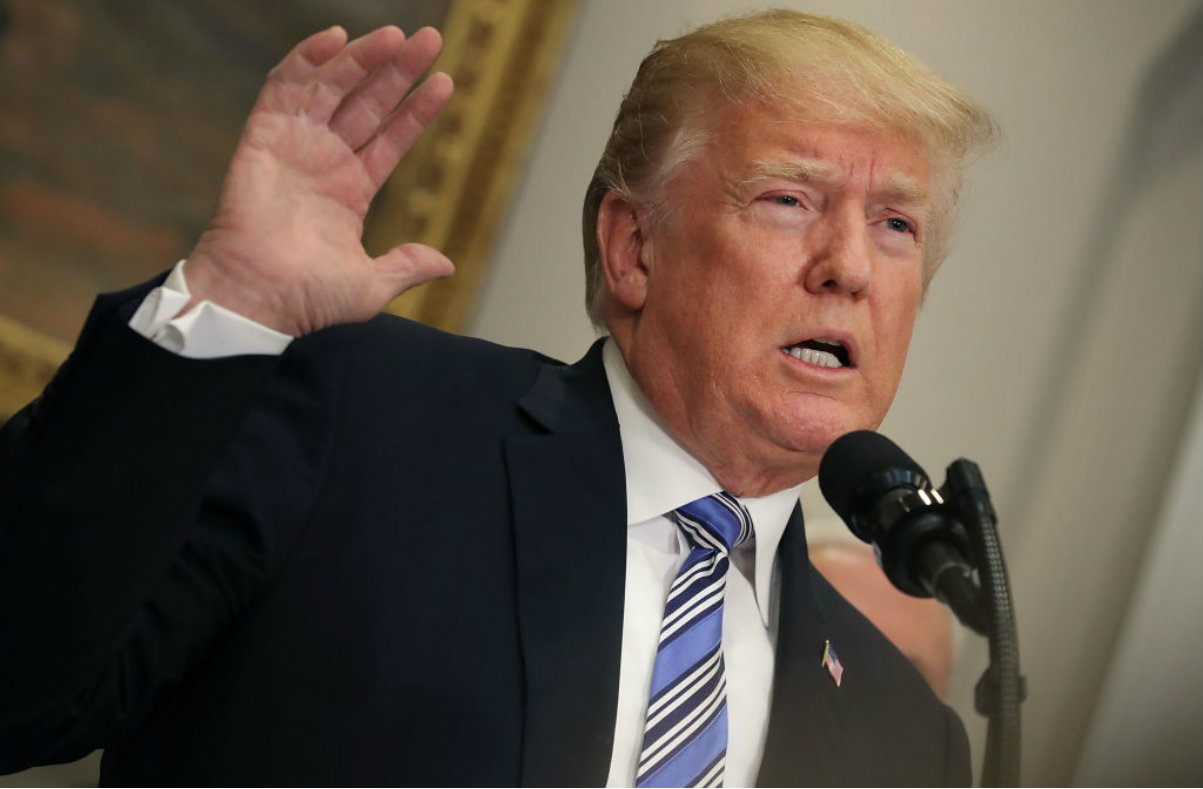 Court continued Thursday in the lawsuit over President Donald Trump‘s twitter account, and the judge in the case suggested a pretty interesting compromise: That POTUS no longer block critics on Twitter, only mute them.

Thursday’s hearing stems from a complaint by the Knight First Amendment Institute at Columbia University. They sued on behalf of seven people who said the Tweeter-in-Chief blocked them. The lawsuit said that the president’s account operated as a ‘designated public forum’ in terms of the First Amendment, and therefore, viewpoint-based blocking was unconstitutional.

“Here, the President does not operate his personal Twitter account by virtue of federal law, nor is blocking made possible because the President is clothed in Article II powers,” they wrote in an October 13 court filing. “His use of the @realDonaldTrump Twitter account is not a right conferred by the presidency. Twitter is a private platform, run by a private company, and it structures the interactions of its users on its own terms.”

White House spokespeople have said that the president’s tweets are official statements.

Will the judge’s compromise work in the long run? Washington University School of Law Professor Gregory Magarian says the issue is complicated because it covers an uncovered aspect of case law.

“The legal status of the President’s Twitter account is a new legal issue,” Magarian told Law&Crime in an interview. “The judge appears to be trying to find a technological solution to avoid a legal problem.”

Now is as good a time as any to review how muting on Twitter works. You can read the company’s full explanation here, but simply put, it’s like placing blinders on your account. Muted accounts can reply to or see your messages, but you won’t receive notifications if that account tags you. You won’t even see their replies if you click on a conversation they’ve participated in. You can also mute accounts you follow. If you do, their tweets won’t show up on your timeline, but you’ll get notifications if they tag you in a tweet, and you will see their replies in conversations.

As a clarifying example, let’s say Trump muted Rebecca Buckwalter-Poza, one of the plaintiffs in the lawsuit. He isn’t following her, so he would neither receive notifications if she tagged him in a post, nor would he see her comments if she replied to one of his tweets, though such messages would be visible to anyone else. To see her tweets, he’d largely have to manually go to her profile page.

Magarian said that at first glance, the judge’s suggested compromise might be a better deal for the Knight Institute, than for the government.

“Ultimately, I doubt the parties will settle, and the judge will have to dig into the First Amendment issue,” he said.

We’ll have to wait and see if the settlement happens. Both sides responded after press time to a Law&Crime request for comment. The Department of Justice declined to issue a statement, but the Knight First Amendment Institute had something to say.

“We’ve said from the outset that muting would be a less restrictive alternative than blocking, so we were pleased the judge raised this possibility,” Jameel Jaffer, the Knight First Amendment Institute’s executive director, wrote in a statement. “But given that the government has argued that the president’s Twitter account isn’t subject to the First Amendment at all, and that the court doesn’t have the power to order the president or his aides to do anything, it would be a pretty remarkable about-face if the government were to propose a settlement at this point. We’d certainly be open to hearing from them, though.”

Note: The DOJ and Knight First Amendment Institute both responded to a Law&Crime request for comment. This article has been updated accordingly.