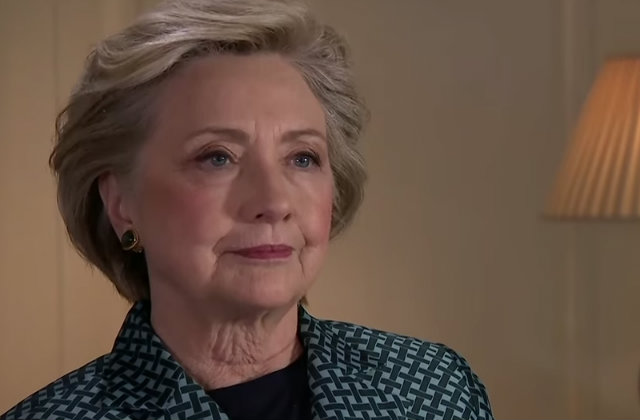 The FBI didn’t keep text messages between two pro-Clinton FBI officials linked to the probes into Hillary Clinton‘s emails and Donald Trump‘s campaign, according to The Washington Post. The lost texts in question, between Agent Peter Strzok and lawyer Lisa Page, were made from December 14, 2016 to May 2017, 2017–the day Robert Mueller was appointed special counsel in the Russia probe.

Sen. Ron Johnson, chairman of the Senate Homeland Security and Government Affairs Committee, wrote a letter to FBI Director Christopher Wray, complaining about the omission. He asked why the feds “did not preserve” those text messages. According to his letter, he said his committee got 384 pages of other messages between Strzok and Page.

An FBI spokesman declined to talk to the Post about this. Strzok’s lawyer also declined to speak. Page’s attorney did not immediately respond to comment.

A Department of Justice previously told lawmakers that according to the FBI, some messages wouldn’t be available because of technical problems, including “misconfiguration issues” on the FBI’s Samsung 5  cell phones.

The messages that lawmakers got Friday weren’t made public, but Johnson quoted some, including one from July 1, 2016.

As then-AG Lynch announced she’ll accept whatever FBI recommends on charges in Hillary email probe, FBI insider Page texted her alleged boyfriend, FBI official Strzok: “And yeah, it’s a real profile in couragw [sic], since she knows no charges will be brought.”

Strzok used to be part of Mueller’s special counsel team, but got removed from the case because of anti-Trump texts. He was also part of the Clinton investigation. Page, who left the Trump probe before discovery of the messages, were allegedly having an affair.

Note: The article has been rewritten to clarify the nature of text messages, and the FBI’s communication with Congress.