Elian Gonzalez: Fidel Castro Like ‘a Father’ Who Then ‘Became a Friend’ 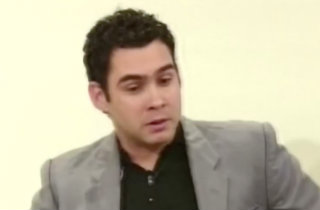 On Saturday, one of the earliest viral news figures in modern media returned to the spotlight. Elian Gonzalez, who was a five year old boy in 2000 when he was at the center of an international custody dispute spanning the United States and Cuba, reemerged on Cuba’s state-run television news programming to eulogize Fidel Castro. Gonzalez’s mother, who had divorced from his father, fled Cuba with him by raft, only to die en route to Miami, setting off a battle between his father and his mother’s family that dominated news coverage until he was returned to Cuba after an early morning raid.

“He is a father, who like my father, I wanted to show him everything I achieved. That he would be proud of me,” Gonzalez said according to a translated excerpts aired on CNN. “That’s how it was with Fidel. If I learned something, and wanted to show him, and there are still many things I want to show him.” On CNN, it was noted that in Miami, Gonzalez is largely seen as a political pawn of Castro’s.

ABC News had further quotes from Gonzalez about his relationship with Castro. “Fidel began to be that father like all who start off as as fathers, but the difficult thing is for a father to become a friend without ceasing to be a father,” Gonzalez, added. “He started as that father until he became a friend. And like my father, I wanted to show him everything I achieved so that he could be proud of me.”

As far as memorable moments of the relationship with Castro went, Gonzalez noted that “He attended my sixth-grade graduation … and in a public act [he said] he considered me his friend, At first, it was an extraordinary honor, but also a heavy load.” In a more ominous line, Gonzalez said that “It was years later that I realized that I had a commitment [to him] because I was Fidel’s public friend.” The last time he saw Castro was a few years ago, shortly before his high school graduation. “I was anxious because I didn’t know what I was going to study or do. And I also had that weight of making him feel proud, and my father and the Cuban people and to study something that would be good for the people.”

The content of the interview, from the nature of their later meetings being primarily at Gonzalez’s major school events to his admitting that he “had a commitment” to Castro as “Fidel’s public friend,” likely plays differently in Cuba than it does elsewhere. But it  suggests why the crowd celebrating Castro’s death in Miami, in the words of CNN’s Boris Sanchez, “see Elian mostly as a prop of the communist regime, as a prop of Fidel, to get back at the United States and what’s viewed as the United States’ ‘imperialist motives’ with having Elian Gonzalez stay in this country.”