Trump Obstruction Story May Not Be ‘Phony,’ but It Ain’t Much | Law News
$promoSlice() doesn't exist!
Opinion

Trump Obstruction Story May Not Be ‘Phony,’ but It Ain’t Much 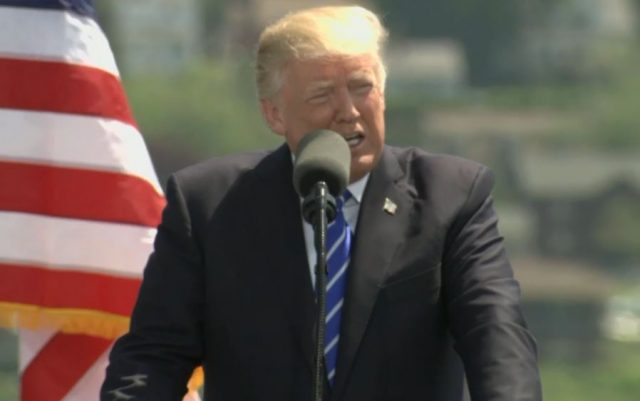 They made up a phony collusion with the Russians story, found zero proof, so now they go for obstruction of justice on the phony story. Nice

Clearly, “they” are the  media, who are supposedly out to get Trump at all costs, making up stories in the process. Of course, there’s no way that Trump can know whether the Post‘s story is phony, because neither he nor Attorney General Jeff Sessions, nor Deputy AG Rod Rosenstein have anything to do with the investigation.

Now, assuming the story is true, it still doesn’t amount to much just yet. We already knew it was a possibility that Mueller was looking into an obstruction case. Former FBI Director James Comey indicated to the Senate that he was “sure” that Mueller would be looking into the matter. While Comey likely had no actual actual knowledge of the investigation since his firing, his experience in conducting investigations would give him insight into where such a probe would go under present circumstances.

But besides not being a bombshell, the whole thing could very well be a big nothing in the end. Just because Mueller is investigating, that doesn’t mean he’ll find sufficient evidence. After months of investigation, we still haven’t learned of any evidence of collusion between the Trump campaign and Russia. Much–if not all–of the information that led to the obstruction investigation is known to the public, and whether it amounts to obstruction has been argued at great length. It remains to be seen which side of the argument Mueller will ultimately fall on, or if he uncovers any new evidence that leads him in one direction or the other.

In the meantime, it’s a big nothingburger that could very well never have any meat on it.