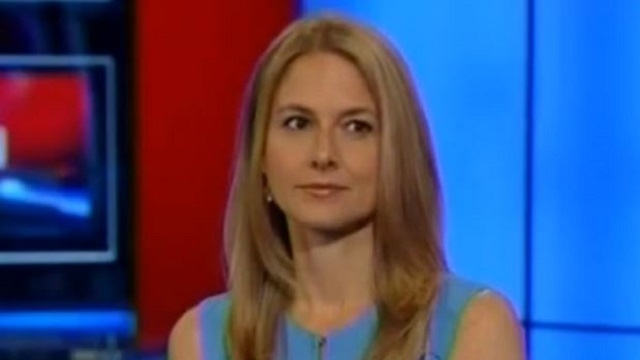 Anna-Sigga Nicolazzi, a tough, seasoned Brooklyn prosecutor claimed she tried over 50 cases and never lost.  She was chief of the Homicide Bureau when she left the office to become a celebrity TV commentator on the Discovery channel. The network blurb promotes her as having a “flawless reputation for exposing the truth.”

One of Nicolazzi’s most sensational trials was a 2005 murder case, styled by the media the “Grid Kid Slaying,” in which two young men, John Giuca and Antonio Russo, alleged members of a Brooklyn street gang, were charged with killing a young college football player, Mark Fisher, after a night of drinking and partying in the city. Russo was the actual shooter and the proof against him was strong. The case against Giuca was weak.  It rested in part on the testimony of two friends who claimed he told them he put Russo up to it and gave Russo the gun, but their stories contradicted each other’s, their credibility was suspect, and Nicolazzi, had to change her theory of the case several times to accommodate their shifting accounts. One of these witnesses has since recanted, claiming that if she did not give the prosecution what it wanted they would destroy her career.

It was the third witness, John Avitto, a drug addict with a long criminal record who faced seven years on a burglary charge, whose dramatic testimony convicted Giuca.  Nicolazzi called him at the last minute without any notice to the defense.  Avitto testified that while he and Giuca were in jail together in Rikers Island, Giuca told him he killed Fisher. Avitto’s story was bizarre, and strikingly at odds with the testimony of the other witnesses. According to his testimony Giuca said he killed Fisher. Avitto, at Nicolazzi’s urging, told the jury that he did not receive any benefits for his testimony and just wanted to do the right thing for the first time in his life.  Avitto has since recanted his testimony, claimed he testified because Nicolazzi interceded for him and helped him stay out of jail, and he apologized to Giuca, but the harm was done.

Now, after over a dozen years fighting for his freedom, Giuca has been awarded a new trial by the appellate division in Brooklyn. The unanimous decision found that Nicolazzi engaged in flagrant misconduct by hiding substantial evidence that likely would have changed the jury’s verdict. As the court’s opinion meticulously describes, Nicolazzi failed to disclose evidence to the defense that Avitto had violated conditions of his drug program; that a warrant had been issued for his arrest; that he had violated the conditions of his plea agreement; and that he met with Nicolazzi and the investigating detectives several times during which they tacitly agreed that if Avitto helped the prosecutor convict Giuca, the prosecutor would help Avitto stay out of jail.

In her jury summation, Nicolazzi not only reinforced Avitto’s false testimony but compounded his lies by representing to the jury that Avitto received no benefits for his testimony and acted selflessly in contacting the authorities because, as she argued to the jury, “for once he tried to do something right.”

Why did it take so long for the truth to come out? How is it possible that Nicolazzi for so many years could have lived with the knowledge that she had violated her legal and ethical duty and deprived Giuca of a fair trial? And how is it possible that the Brooklyn District Attorney’s prominent unit that reviews questionable convictions, and has already exonerated over twenty defendants convicted under the tenure of District Attorney Charles Hynes, failed to flag this case, even though Giuca and his dogged defense team repeatedly pleaded with the office to review the case? Is it because that unit did not want to taint the reputation of the office’s star prosecutor?

What Nicolazzi did in hiding favorable evidence from the defendant might shock some people unfamiliar with criminal prosecutions. But in fact such conduct is commonplace. One federal judge characterized the practice of prosecutors hiding favorable evidence from defendants as an “epidemic.” The national registry of exonerations has documented thousands of  wrongful convictions since 1989, and a substantial number of those convictions involve prosecutors hiding favorable evidence that would have proved the defendants’ innocence.  New York State ranks second in the nation, just behind Texas, in convicting innocent persons. Indeed, an organization that exposes wrongful convictions, “It Could Happen to You,” has listed nearly forty cases in New York State since 2010 in which appellate courts have vacated convictions because of pervasive prosecutorial misconduct, typically involving inflammatory summations and hiding evidence. And a critical but often ignored point, the tally of the financial costs of litigating cases of prosecutorial misconduct is staggering. The eleven most recent reversals alone cost New York taxpayers over $118 million dollars.

Ordering prosecutors to divulge favorable evidence to defendants in advance of trial allows the trial judge to hold a prosecutor in contempt who is caught hiding evidence. But that possibility is remote. First, prosecutors who hide evidence are rarely caught; much of the undisclosed evidence lies buried in files of prosecutors and police officials. Second, prosecutors are notorious for coming up with all sorts of excuses – mistake, inadvertence, oversight, lack of knowledge of the existence of the evidence, insistence it is not favorable  – to refute a charge of deliberate wrongdoing or bad faith. Nicolazzi claims she did nothing wrong, and that Avitto is a liar.  But ironically, she lauded Avitto when he helped her get Giuca’s conviction, and the appellate division found unanimously that her zeal to win a big case obscured her duty to serve justice and truth.

Probably the most troubling obstacle to preventing prosecutorial abuses is the almost complete lack of discipline for prosecutors. Prosecutors are exempt from being sued for their misconduct, a judicial reversal is meaningless because it does nothing to punish the prosecutor, and the disciplinary system for prosecutors nationwide and in New York is unworkable and an embarrassment. New York’s legislature is presently considering a bill (S.2412, A.5285) to establish a commission to investigate and impose discipline for prosecutorial misconduct similar to the forty-year-old New York commission that reviews judicial misconduct. Every profession has a system of professional accountability, every profession, that is, except for prosecutors.

The Giuca case is over. Thanks to an appellate court he will regain his freedom many years after his tainted trial.  Sadly, though, there are many John Giucas sitting in jail cells throughout the country whose convictions will not be reversed, and whose prosecutors are probably indifferent to the harm they have caused the defendant, his family, and the system of justice.