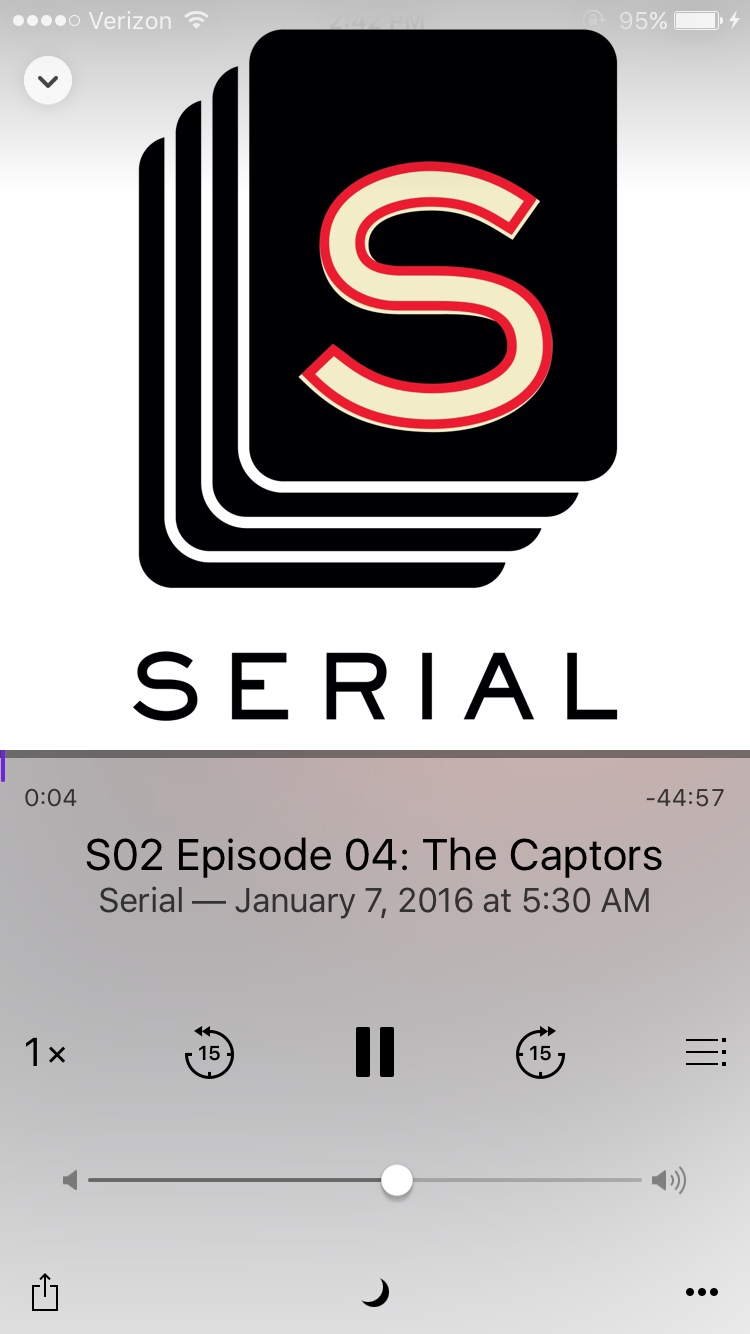 What happened to “Serial?”

Well, what happened yesterday is that “Serial” announced that instead of being “one story told week by week,” it will be “one story told every other week.” It doesn’t have quite the same ring. In case you haven’t heard, “Serial” is switching to a biweekly schedule, meaning you won’t get another episode until January 21. Producer Julie Snyder says it’s so they can dig a bit deeper. “There are more paths we need to go down,” she said. “Since we started broadcasting the show, we have gotten more people willing to talk, and because of that, it has opened up more avenues of reporting.”

What exactly are these other avenues? I’ll ask again, what happened to “Serial?”

The first season was spectacular. Koenig struck gold with the case of Adnan Syed, so much so that people are still talking about it; it was national news when Syed got an appeal. Everyone has an opinion on whether or not there was a pay phone in a Maryland Best Buy in 1999 and where exactly that pay phone may have been. People cared so much, the Best Buy in question saw throngs of people last year just coming to see if they could figure it out. Every aspect of the case, and of the podcast was dinnertime conversation for millions of people. And, there was a lot of buzz about Season 2. People were excited, especially when rumors began to fly that it would be about Bowe Bergdahl. But why?

Bergdahl’s story is interesting, but the issue is just about a legal dispute. Everyone pretty much agrees on the actual facts. Everyone gets what happened. If you didn’t follow, here’s the deal: On June 30th, 2009, Bergdahl walked off his army base, because he had grown disillusioned with the army, and the war, and was fed up. He had written his parents a note days prior expressing his anger. Shortly after he left, he was captured by the Taliban, and he remained a prisoner for almost five years. During that time, he was kept in a cage, tortured, and beaten. On May 31, 2014, he was released in exchange for five Guantanamo Bay detainees. People have called him a deserter, and many are angry with him because of the time and energy the military expended on dangerous search efforts. Others have said the release of the five Guantanamo detainees was illegal.

Since Bergdahl’s release, he’s been charged with two counts under the Uniform Code of Military Justice: one count of “desertion with intent to shirk important or hazardous duty” and one count of “misbehavior before the enemy by endangering the safety of a command, unit or place.” Still, whatever your opinion on the case, the facts remain essentially the same.

By contrast, Season 1’s story was incredibly interesting and multi-faceted.  There was Hae Min Lee, the smart and popular high school girl, and Syed, her ex boyfriend. There was the fact that Syed was Muslim. There was Asia McClain, and there was Jay Wild’s, Adnan’s friend who led police directly to the body. There was the backdrop of crime-ridden Baltimore in 1999. Koenig spoke with many of the key players, and each had a slightly different story regarding the events of Lee’s disappearance and murder.

Koenig grabbed us right away in Season 1 by talking about conflated memories, and how, unless a day is remarkable, it’s almost impossible for most of us to put together specific events. As the story unfolded, there were theories and predictions and spoilers. None of us know for sure what happened. Moreover, all of it was new. Until “Serial,” few were aware of Lee or Syed. Bergdahl’s case, on the other hand, was highly publicized. For the most part, we knew the facts before a single episode became available.

This season has had problems since the beginning. In the very first episode, Koenig made it clear that she had never actually spoken to the story’s subject. She had recordings of his voice, but the clips are from conversations with filmmaker Mark Boal, with whom she’s collaborating for this season. Some of the best parts of season 1, however, were when Koenig spoke with Syed, who would call her from prison. It just felt like we were getting a lot more.

Koenig was aware this might happen. She said in September that they weren’t expecting fans to be as excited about this season, and that they were “totally okay with that.” Snyder blames at least part of it on the fact that “Serial” is no longer news in itself.

But it’s not familiarity that’s the problem. I was all but counting down the seconds until the new season dropped, and most of my friends and family were too. And, if “Making a Murderer” shows us anything, it’s that interest in stories about crime and our justice system are at an all-time high. The problem is that this season just isn’t interesting, and the episodes aren’t conversation pieces. Even the most devoted of my friends and family are dropping off. There’s nothing to argue, nothing to figure out, nothing to speculate on. We don’t all get to be lawyers and detectives this time around.

Season three of serial is already in the works, with episodes expected to be available in Spring 2016 (though it’s unclear if or how the current season’s schedule change will affect the start date). Hopefully, we’re in for something better.