Reminder on Why The Electoral College Still Sucks 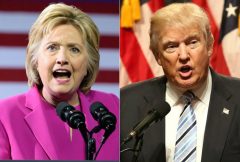 You hate the Electoral College. I don’t care who you are, where you lean politically, or who you voted for. You have at least one good reason to think we need to change the system. Don’t lie.

“You’re just saying that because Donald Trump won!” says some person in the comment section. Uh huh. One moment, please, as I pat myself on the shoulder for criticizing the College back in September, when most thought Hillary Clinton would take the victory.

So let’s break this down, and try to fix the biggest problem in our Constitution. Shall we proceed?

People are calling on the College to dump Trump when they meet nationwide on Monday. For one, we’ve got this petition with over 4.9 million signatures. At least 37 electors would have to turn in order to put Trump’s victory in doubt, and there are quite a few people who would like to see that happen.

On one hand, it’s incredibly doubtful that this will succeed. Only one man, Texas elector Christopher Suprun, has publicly said he wouldn’t follow his state’s popular vote, but he won’t vote for Clinton either. (Another, Ari Sisneros, resigned rather than chose Trump.) Although it’s easy to find such “Hamilton electors” on the left, they were already going to vote Democrat anyway.

Most electors tend to be party loyalists thanks to the way they are chosen, and besides, many local laws require them to follow their state’s popular vote. In states Trump won, all the actual electors there are provided by the GOP. In states Clinton won, everyone there is provided by the Democrats. In other words, a Republican revolt is necessary if a Trump presidency is to be stopped. And even then, if you were to ask attorney Robert Barnes, he’d tell you rogue electors have no real leverage to ignore ballot results, thanks to statutes, and case law.

On the other hand, a constitutional crisis is totally within the realm of possibility, even if resistance loses out in the end. Trump hardly unified the GOP. Visible rifts tend to lessen, if not disappear, by the time a party chooses their presidential nominee. Not so in 2016, when Republican politicians had an on-again, off-again relationship with their own candidate.

Harvard Professor Lawrence Lessig told LawNewz.com’s Rachel Stockman in a Friday report that at least 30 electors might flip. While we couldn’t independently confirm this, the possibility alone should give you pause. Even if the “faithless” do lose in any hypothetical court battles, expect a brutal process.

And anti-Trump people are establishing a bad precedent if they actually succeed. Where does the line get drawn if electors really are a safety valve against bad presidents? What happens when the electors themselves make a bad decision when overturning a general election? As things stand, they’re not even chosen in a truly democratic process, nor are they subject to highly publicized vetting. Significant, complicated reform is needed.

Lame as it is, Trump still won fair-and-square even though he lost by almost three million votes. I agree with election law expert Rick Hasen when he said a College revolt would undermine the rule of law. How can you have elections if nobody can agree on the rules beforehand? The short-term benefits might be nice, but the long-term harm is unpredictable. (Don’t make me spell it out.) Mind you, I’m saying this as someone who thinks Trump is the Bizarro to Abraham Lincoln’s Superman.

So upheaval isn’t the best of ideas. We shouldn’t stick with the status quo either. Let’s at least acknowledge the strong appeal of a nationwide popular vote, or some sort of compromise. Don’t dismiss the almost three-million vote difference. If you think that’s negligible, then count up to that number while sitting on your hands.

And before anyone says, “But the Founding Fathers came up with the EC!” let’s remember that we don’t implement the College the way they originally designed it. When Alexander Hamilton wrote Federalist number 68 back in 1788—packed with irony when read in 2016—he didn’t imagine state law would one day require electors follow local election results. He seemed to assume that they would always choose whichever candidate they wanted.

“It was equally desirable, that the immediate election should be made by men most capable of analyzing the qualities adapted to the station, and acting under circumstances favorable to deliberation, and to a judicious combination of all the reasons and inducements which were proper to govern their choice,” he wrote. “A small number of persons, selected by their fellow-citizens from the general mass, will be most likely to possess the information and discernment requisite to such complicated investigations.”

And don’t tell me Trump would have accepted the 2016 results if the situation was flipped. It’s an old story that he threatened to attribute a Clinton victory to voter fraud, though he has failed to substantiate his claim.

Don’t expect this controversy to end on December 19. November 8’s bizarre results do nothing to enhance trust in an already controversial president-elect (what an understatement).

You take your car to the shop when it makes weird noises, and you get it fixed if your mechanic finds problems. And, hey, look, there are problems with our Electoral College. Might be a good idea to fix it.

We can do this. There’s really no other choice. The ensuing debate will be tense. It will be full of mudslinging, backbiting, and all kinds of saltiness. And if we get this right, we can help our country regain the stability it lost this election season. Something, anything, to make the system more trustworthy than it has ever been.

Or you know, we could wait until things completely fall apart. I guess that’s also an option.