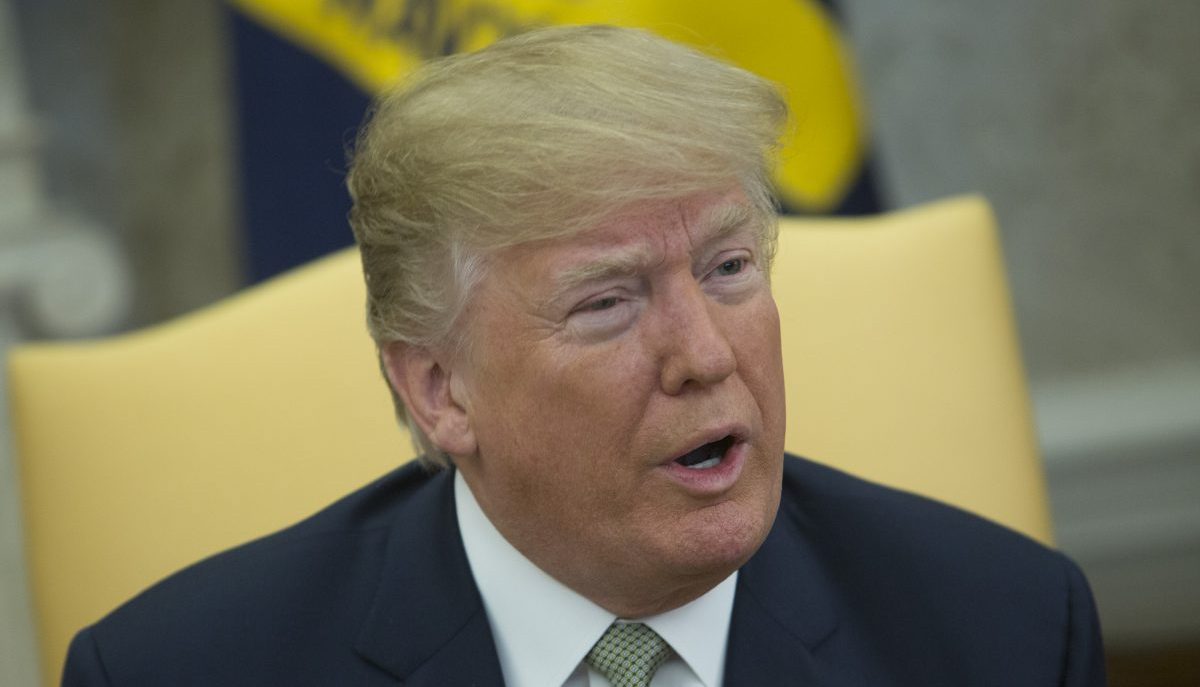 President Donald Trump is not afraid to call out his detractors. He doesn’t even hesitate to tweet against the special counsel who could end up bringing criminal charges against him. Yet with all of his cries of “WITCH HUNT!” and now mentioning Robert Mueller by name, the president has been uncharacteristically tame after Sunday night’s 60 Minutes interview with Stormy Daniels. There’s a really good reason why.

Trump was all over Twitter on Sunday, but he didn’t say anything about Daniels or the affair she claims they had in 2006. Monday morning, his only post that is even remotely related was just a general tweet about “So much Fake News.”

So much Fake News. Never been more voluminous or more inaccurate. But through it all, our country is doing great!

While those paying attention can assume that Trump was referring to Daniels’ interview, the president did not directly address Stormy Daniels’ allegations or the related legal issues surround his attorney’s hush money payment to her. The only response to the 60 Minutes interview was from White House spokesperson Raj Shah, who told reporters on Monday, “The president strongly, clearly and has consistently denied these underlying claims,” and, “The only person who has been inconsistent is the one making the claims.”

This is a very strategic move. Even the president’s denial here isn’t coming directly from the president. While the second part of the statement seems to take a more aggressive stance, it’s shrouded in vagueness. Is “the one making the claims” Daniels or her lawyer? And what exactly have they been inconsistent about? One could certainly guess, but this White House statement is very different from Trump flat out saying that Stormy Daniels made up her story.

Trump certainly knows the difference, because he’s in the middle of a defamation lawsuit for blasting someone else who made allegations about him. After Summer Zervos accused Trump of sexual assault, Trump vehemently denied the allegations, calling them “false” and “made-up.” He went further, claiming that women who made allegations against him had ulterior motives, acting out of a desire for political or personal gain.

As a result of those bold statements, Zervos sued Trump, and the case is still going on, since a New York judge ruled that the case must move forward even though Trump is still in office.

The last thing President Trump needs is another defamation lawsuit, but he can’t completely ignore what going on around him. So what does he do? He gives a general criticism of “fake news” at a time when the major news stories are about the allegations, and he has someone else make a vague denial for him so he doesn’t have to say anything himself.

Basically, Trump’s supporters got the denial their looking for, but his opponents didn’t.