‘Pharma Bro’ Martin Shkreli Should Be Acquitted. Being Repugnant is Not a Crime. 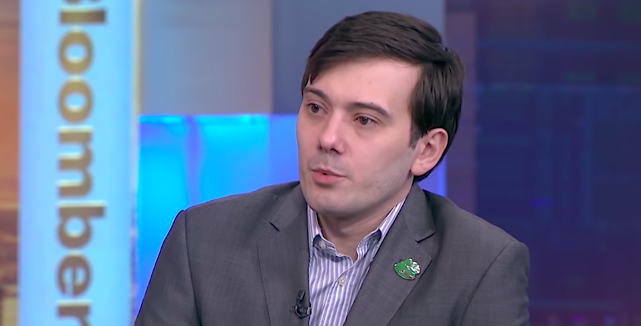 “The Most Hated Man in America” and “Pharma Bro” are just a few of the lovely monikers we have bestowed upon Martin Shkreli, America’s newest bad boy that we love to hate. Mr. Shkreli is the infamous former CEO of Turing Pharmaceuticals and came to his supervillain status by being the mastermind behind a scheme that saw his company purchase the rights to and raise the price of the AIDS drug Daraprim.  He raised the price of Daraprim from $13.50 to $750 per pill, a whopping 5,000%, something which is common practice in the pharmaceutical industry but seemed to generate enormous outrage when done by this uniquely unlovable weirdo.

Currently, a jury of seven women and five men are deliberating in the Federal Courthouse for the Eastern District of New York located in Brooklyn.  Mr. Shkreli faces a raft of charges related to allegations of securities fraud and has been portrayed in the media and by the prosecution as a millennial Bernie Madoff. Mr. Shkreli is staring down the very real possibility of a twenty year sentence in a federal penitentiary.  Although these charges are totally unrelated to his infamous reputation, one cannot totally divorce themselves from the fact that it has cast a long shadow in his trial.  Jury selection in this case was a protracted process due to all of the attention Mr. Shkreli had received prior to any criminal charges filed against him.  Even still, the question remains whether or not a jury will be able to be impartial given the public outrage that is palpable in a case like this.

The allegations for which Mr. Shkreli is charged stem from his time at the helm of a hedge fund he founded, MSMB Capital, and its subsequent demise that occurred concurrently with his founding of the biotechnology firm, Retrophin.  It is alleged that he fraudulently used funds, which he was entrusted to invest by his MSMB clients, to finance the launch of Retrophin.  All the while he provided his clients with updates on their investments that touted how much they were profiting by way of his savvy investment acumen.

To put it succinctly, as prosecuting attorney Jacquelyn Kasulis did in her closing argument, “When you lie to people knowingly and intentionally to get their money, it’s a crime…” Mr. Shkreli took money he was entrusted by many to invest and reap a profit for and invested it in his own fledgling company.  Cue the chants of “Liar!”; “”Thief!”

Unfortunately for the prosecution, their narrative begs several questions and is prone to the reasonable doubt hole poking of a skilled defense attorney, which Shkreli has in the form of prominent defense attorney Benjamin Brafman.

Firstly, while it is true that Shkreli chose to invest in himself (via his new company) with their money, it was an investment that proved to be quite profitable for all of the investors. When cross-examined by Brafman, every single investor who testified for the prosecution had to concede that they profited from their investment with Shkreli and profited handsomely. The prosecution likened this to a bank robber robbing a bank to pay back a previously robbed bank.  However, no one was actually robbed here and everyone profited from Shkreli’s efforts.

Second, the prosecution simultaneously contends that it doesn’t matter if anyone was actually robbed, it was the deceit which encompasses the criminal offenses for which Mr. Shkreli must be punished.  This is an argument that basically turns their bank robbing analogy on its head.  It is alleged that his valuations of the investments he made ran contrary to the reality of the balance sheets.  But as any attorney with a business background will tell you, valuating an asset can produce markedly different results depending on who is attributing the value.  Mr. Shkreli might not have meant to deceive anyone, he may have just had a different opinion as to how much value to ascribe to his investment choices.  In the final analysis, it appears Mr. Shkreli’s valuation was correct, rather than that of the Government’s, since all of his investors profited.

The prosecution’s case is akin to the cheese cloth I use to strain Belkin’s famous matzoball soup, it is porous.  Reasonable doubt permeates this case.  Mr. Shkreli is an awkward and contemptuous man for many reasons, being guilty of numerous federal felonies is not one of them.  He is the low hanging fruit for a prosecutor to pick, bring a case against and hopefully achieve some notoriety and bolster their career prospects.  We can’t afford to let our justice system become a societal popularity contest whereby we convict this month’s “Most Hated Man in America” simply because we find him repugnant.  Being repugnant is not a crime in that of itself. But maybe, just maybe, putting someone on trial for their most hated man status, while the U.S. taxpayer foots the bill, should be.

Ken Belkin is an NYC-based criminal defense attorney with a passion for Criminal Justice System Reform and matzoball soup.  Follow him on twitter at @Kenneth_Belkin or Belkinlaw.com.