Legging-Loving Moms are Lawyering up Against LuLaRoe 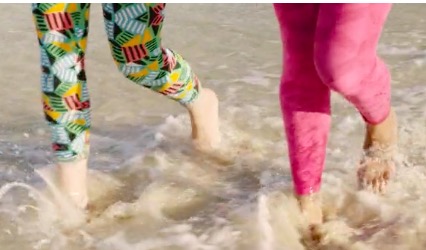 Hell hath no fury like a work-from-home-mom scorned. And this time, we’re talking an army of comfortably-yet-fashionably-dressed women who are complaining, uniting, and lawyering up. LuLaRoe is one of the most popular home-sales businesses these days; think Tupperware for 2017, but in the form of soft, patterned leggings and wacky printed T-shirt dresses.   In the few years since the company’s inception, it has grown to include over 80,000 “Independent Fashion Retailers” nationwide, all hoping to realize their entrepreneurial dreams by spreading the “Lulalove.”  I know. It’s a bit much, but the leggings really are soft.

LuLaRoe sets itself apart from similar multi-level-marketing competitors like Jamberry (elaborate “nail wraps”) or Origami Owl (“custom” jewelry) in that it requires its salesforce to consultants to make a sizable up-front investment to the tune of about $6,000; also unusual is the company’s policy not to allow sellers to choose their own inventory. “Consultants” place orders for styles and quantity, but when it comes to actual patterns and prints, they get what they get and they don’t get upset. At least until now.

For a while, LuLaRoe was permitting unsuccessful sellers (who apparently, accounted for a whole lot of those 80,000 hopeful retailers) to “go out of business,” by issuing an inventory buy-back of any unsold products, complete with a 100% refund of purchase price plus with free shipping. For these retailers, many of whom stock thousands of dollars worth of product, the policy was more than welcome – it was a life preserver when sales dipped below their comfort level. For those considering getting involved with the company, the policy was a major selling feature in that it seriously minimized their financial risk.  The 100% buy back was a better deal than the original contract terms to which sellers had agreed, and and it was a welcome change to the company’s policy.

Here was the announcement:

But the relief was to be short-lived. This week, without warning, LuLaRoe ended their buy-back program, and went back to their original contract terms – a 90% buy-back on inventory and zero help with the (often astronomical) shipping costs to effect the return.

The “LuLaSisters” were not happy:

My heart hurts for those who trusted lularoe only to get screwed by a sudden and unfair policy change. #suelaroe https://t.co/u5FyfEiabn…

Lularoe has shown once again they just don’t care about their consultants.. sad for those that believed in them, I hope they #SueLaRoe

Now, as things heat up (see the Twitter fury at #SueLaRoe if you don’t believe me), the company has adopted an interesting take on its actions. It put out the following statement:

“LuLaRoe is not changing its written policy. The only change is that the company is ending a temporary waiver offered to Independent Fashion Retailers leaving the business since April. LuLaRoe is making this change now because it has addressed issues that led to the waiver.”

Lemme get this straight. The policy that LuLaRoe called a “policy” isn’t actually a “policy.” Quick, someone call Sean Spicer –he’s the leading expert in navigating this kind of dizzying circle-talking.

LuLaRoe may want to get a hold of Black’s Law Dictionary and look up “detrimental reliance.” That’s a standard concept in contract law that boils down to this: if you make promises, and someone else foreseeably relies on those promises to their financial detriment, you’ve got to honor those promises. From where I sit (in my flattering-yet-functional “Cassie” skirt), this company made a serious promise to their retailers, and that promise clearly induced some reliance. I spoke today with Cindy, a former LuLaRoe seller, who explained how the company’s quick-change left many of her former colleagues in an untenable position:

“You have all these ladies who canceled their contracts [with LuLaRoe] and were waiting to send back their inventory at 100% with free shipping, and now they are caught in this limbo area where the policy is reinstated.”

The lawsuit that’s brewing over LuLaRoe’s buy-back program won’t be the company’s first legal rodeo, either. There’s also a pending class action lawsuit about the alleged poor quality of leggings that, according to plaintiffs, ripped as easily as “wet toilet paper.” And then there was that time when LuLaRoe was accused of stealing an artist’s artwork for a legging pattern.

LawNewz.com contacted LuLaRoe for comment, but as of yet, hasn’t heard back. Instead, we’ll leave you with the company’s message from its homepage:

“Everyone has a story…

…and every story has a conflict. Too often that conflict is simply a life lived out of sync with one’s values or dreams. You may find that the time you have allotted to career, family, recreation, service, and relaxation is out of balance and unfulfilling. The world says that is just the hard truth. We at LuLaRoe disagree.”

It would be awesome if the idea of conflict really is a “hard truth” with which LuLaRoe can simply disagree. But if this growing discontent really does erupt into a movement to #SueLaRoe, I’m guessing there will be some even harder truths in the days ahead.