‘I’ve Never Seen Anything Like It’: Legal Expert Shocked By Trump Admin Abortion Petition to SCOTUS 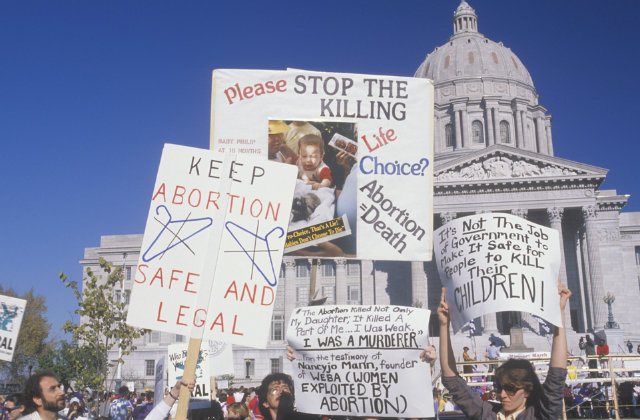 Last Friday, the Solicitor General of the United States (“SG”) filed a petition for certiorari in Hargan v. Garza, and it’s beyond weird.

In September, “Jane Doe,” an undocumented 17-year-old, tried to enter the United States alone and  was detained at the border in Texas by the Department of Health and Human Services (“HHS”). During her detention, Jane learned she was pregnant, decided to terminate the pregnancy, and under Texas law, was required to undergo prior counseling.  HHS prevented  Jane from receiving the counseling, and Jane, via her guardian ad litem, sued.  The court sided with Jane and ordered HHS to stop interfering.  Jane then got her counseling and her abortion.  Nine days later, the SG filed a petition for certiorari asking SCOTUS to review the District Court’s (now completely moot) decision.

Here are just a few of the serious abnormalities:

“… most tellingly, no Assistant to the Solicitor General signed the brief, although there are several Republican and conservative attorneys in that Office.  (By contrast, OSG Assistants have, for instance, signed the Office’s travel ban and Masterpiece Cakeshop briefs, as one would expect—those briefs are certainly controversial, but they’re nothing like the Hargan petition in terms of deviation from established norms.)  There are two possible explanations for this absence.  Either the Solicitor General declined to assign the case to any Assistant–which would be a significant deviation from ordinary practice–or (more likely) an Assistant worked on the petition but declined to sign it.  As far as I’m aware, the absence of an Assistant’s signature on a petition or merits brief is very rare–perhaps unprecedented in recent decades.”

As Professor Lederman pointed out, it’s not hard to guess why DOJ or SG lawyers might have declined to be publicly associated with this case: “there are serious questions whether the brief meets the high standards that OSG and DOJ have long insisted upon and that the Court has come to expect from the federal government.”  Lederman went even farther, opining that the SG’s motivation for filing this brief is suspect at best:

“I’ve never seen anything like it, especially not emanating from the Office of the Solicitor General…  Indeed, it is difficult to avoid the conclusion that it is fundamentally a press release, for an audience other than the Justices of the Supreme Court itself.  I hope I am mistaken about that—but it’s difficult to come up with any other explanation for it.”