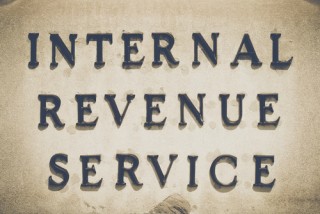 The Commissioner of the IRS is at risk of losing his job for possibly giving false testimony before Congress to cover up a scandal within the agency. But you wouldn’t know it from listening to Democratic representatives.

A federal agency in a Democratic administration admitted to targeting conservative groups based on their politics. Documents that could have provided valuable information regarding this behavior were destroyed days after a Congressman inquired about similar targeting. Sworn testimony from the agency’s head about the loss of documents has come under question. Yet House Democrats are essentially saying, “Who cares?”

It seems crazy, but that’s what’s happening right now. Lois Lerner, director of the IRS’ nonprofit unit, acknowledged in 2013 that conservative organizations applying for nonprofit status were targeted based on names that included words like “Tea Party,” and had to answer unnecessary and time consuming requests not asked of other groups.

During an investigation in 2014, the IRS claimed that Lerner’s emails from 2009 to 2011 could not be produced in response to a subpoena, because her hard drive had crashed in 2011 and the emails were gone as a result. The hard drive crash took place 10 days after Representative David Camp sent a letter inquiring about a different form of targeting. Camp’s letter asked for information regarding whether or not the IRS was targeting conservative groups by demanding they pay gift taxes on certain donations.

A House resolution discussed the allegations against Koskinen. It said that he did not adequately respond to a subpoena requesting Lerner’s emails, and that he testified that he would provide all of them, even when he was already aware that thousands of them were missing from the hard drive crash. It also said that in March 2014, after the subpoena was issued, and a month after Koskinen learned about the hard drive crash, IRS employees erased 422 backup tapes containing up to 24,000 of Lerner’s emails that were responsive to the subpoena. It wasn’t until June 2014 that Koskinen told Congress that any of Lerner’s emails were missing. He later added that backups of the emails existed when the crash occurred in 2011, but that no effort was made to recover them because it would have been costly.

Alright, enough with the history lesson. Back to the present.

The House Judiciary Committee is now examining Commissioner Koskinen’s handling of the IRS targeting and subsequent investigation, to determine whether or not there are grounds to impeach him. They had a hearing on Tuesday, where Representatives Jason Chaffetz of Utah and Ron DeSantis of Florida presented a case against Koskinen, and answered questions from Committee members. I talked to a spokesman for the IRS on Wednesday, but he did not provide a statement on the hearing.

Chaffetz said that Koskinen failed to properly respond to a subpoena for the investigation, as discussed above, and added that the commissioner wasn’t being truthful when he testified that Lerner’s emails that were lost in the hard drive crash were gone. Chaffetz described that there were six possible ways that officials could have recovered the emails but said the IRS only tried one of them. He said that Lerner’s emails weren’t gone at all, the IRS just didn’t really bother looking for them.

Now, I’m not a computer expert, so I can’t say whether the emails truly could have been recovered. I’m also not part of the IRS, so I don’t know what was happening behind the scenes regarding Lerner’s emails, or if they even contained anything significant. I’m also not in Koskinen’s head, so I can’t say whether he intentionally tried to cover for anyone or anything, or if he was just caught in the middle of a mess that he inherited when he took the job, and handled it poorly. That being said, these are serious allegations backed up by a record of facts that go back years, and they’re worth investigating. That’s what Tuesday’s hearing was for. If only everyone involved recognized that.

I hate to play party politics, as both sides of the aisle have their issues, but at the hearing, the difference between the Republican and Democratic members of the Committee was staggering. Republicans like Trey Gowdy of South Carolina and Jim Jordan of Ohio asked questions regarding Koskinen’s actions and whether they meet the standard for impeachment. Were they slanted questions? Sure. But they dealt with the substance of the hearing.

Democrats, on the other hand, didn’t even bother to offer a defense for Koskinen, who declined an invitation to testify, claiming he couldn’t fit it into his schedule (yes, that’s what he actually said).  Suzan DelBene of Washington who mocked the proceedings, saying there were better things to do. She belittled the examination, saying it wasn’t even an impeachment hearing. But that’s the point, Congresswoman DelBene, no one is convicting Koskinen of anything. At least not yet. The House Judiciary Committee is only looking to see if impeachment is necessary. If Koskinen has nothing to hide, he’ll be fine. But with allegations that the head of a federal agency lied and failed to cooperate with a subpoena in an investigation that involved missing documents, a hearing is necessary to figure out what went on. I’d say that’s pretty important.

Then there’s Representative Sheila Jackson Lee from Texas, who seemed to miss the point of the hearing altogether. She said that the fact that the investigations into the IRS showed that there had been no criminal action was enough to show that impeachment was improper. Just because actions didn’t constitute actual criminal activity, that doesn’t mean no one did anything wrong. Lerner admitted that targeting went on! There’s still a lawsuit against the government for the targeting, where a federal appeals court chastised the IRS, and another one claiming that the IRS violated the Federal Records Act by not storing internal instant messages or text messages of employees.

But the targeting itself is besides the point. Jackson Lee failed to recognize that Koskinen is being examined for giving potentially false testimony and possibly covering up targeting that we know went on. She harped on the fact that there were no criminal charges filed, ignoring the fact that if the documents hadn’t gone missing, maybe there would have been evidence of criminal activity. It’s like if someone was accused of not producing security footage of the time of an alleged robbery, and you defend them by saying there’s no video proof that a robbery took place.

DelBene and Jackson Lee are smart enough to know that their arguments don’t actually address what’s happening. They’re intentionally trying to distract the Committee by pretending that the arguments presented by Chaffetz and DeSantis aren’t worth talking about. That seems to be the tactic of choice these days, doesn’t it? If you can’t win an argument, just change the conversation. Like Ben Rhodes shaping the narrative of the Iran Deal so the White House could sell it, or Hillary Clinton calling the FBI’s investigation into her email server a “security inquiry.”

It’s possible that Koskinen didn’t mean to do anything wrong, and that he tried to answer questions and subpoenas to the best of his ability. It’s also possible that Lerner’s emails didn’t contain any incriminating information, and that they truly vanished in an accidental hard drive crash. But it’s possible that when Representative Camp started poking around in 2011, records were destroyed to hide evidence that targeting was conducted as a matter of policy that the administration requested. And it’s also possible that Koskinen tried to go along with the cover-up and intentionally misled Congress.

I just wish we could have honest discourse about it so we could find the truth. When representatives like DelBene and Jackson Lee ignore the real issues altogether, it comes across as dishonest. Stop acting like the Republicans are conducting a witch hunt that doesn’t deserve your attention. If you want Koskinen to be vindicated, it would be worth your while to be as diligent as your Republican colleagues.

Personally, I hope Koskinen is innocent. If I had to choose between living in a world where the head of the IRS lied to cover up a conspiracy, and one where he didn’t, I’d much prefer the latter. But if he’s guilty, he should face the consequences. Determining the truth is an endeavor that warrants the attention and respect of our elected officials, no matter the party.