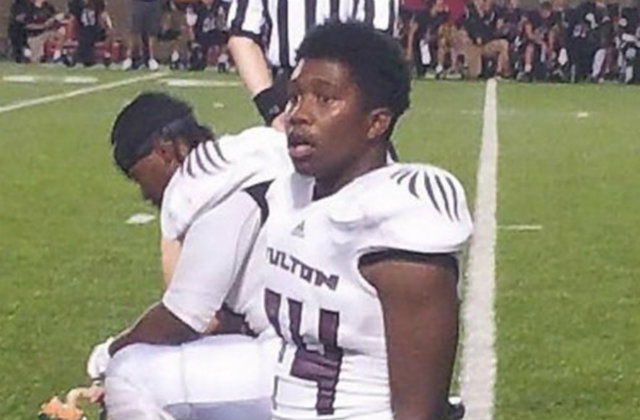 Dobson, 15, was gunned down in December 2015 while protecting friends on the porch of a home. Witnesses said a group of between six and eight men approached the home on foot and opened fire in what authorities described as a mistaken gang affiliation case. Dobson and his friends had no gang ties, but the group of perpetrators may have been seeking revenge for earlier gang violence that night, authorities said. One suspect, however, claimed that the shooting was retaliation against someone who made fun of one other perpetrator’s girlfriend.

Bassett, Williams, and Colbert were tried on first-degree murder in Knox County Criminal Court. The men faced attempted murder charges for shooting at the others on the porch who survived. Authorities did not have enough evidence to bring any other members of the group to trial. However, one additional suspect, Brandon Perry, was shot and killed four hours after the Dobson shooting in another of a series of shootings which spanned a couple of days. Both sides agreed Perry was involved.

Dobson was shot in the shoulder. The bullet eventually struck his aorta and killed him, the Knock County Medical Examiner testified. It was one of 34 bullets fired from at least four different guns, prosecutors said. Friends said Dobson was shot as he reached out to shield two teenage girls who were on the porch with him.

Prosecutors linked the gun which fired the fatal bullet to defendant Richard Williams. Police recovered the gun in January 2016 after a traffic stop. It was under Williams’ car seat. However, both Williams and co-defendant Kipling Colbert denied being involved in the Dobson shooting. A witness identified Colbert as one of the men who walked towards the house where the kids were hanging out. Bassett admitted his role, but claimed he aimed “high” and fired into the air.

After his death, Dobson was recognized for heroism through a tweet by President Obama and was posthumously given an ESPY award.