John Valerio Gets Life Without Parole in 1986 Murder of Prostitute 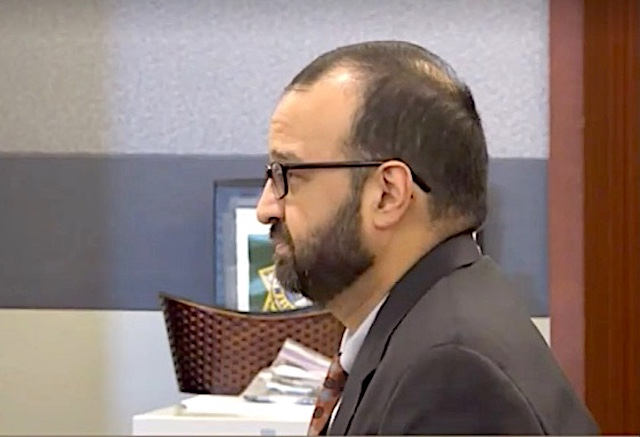 Dodging the death penalty, a Nevada man has been sentenced to life without parole in the murder of a prostitute in the 1980s.

The case set up a unique legal scenario where a man sentenced to death and whose punishment was overturned on appeal was able to argue before a jury that he had been reformed while on death row and, therefore, should not be sent back to die.

John Valerio sat on death row for 29 years for the 1986 murder of a prostitute in Las Vegas. His original jury found him guilty two years later of murder and found him eligible for the death penalty.

The 9th Circuit Court of Appeals overturned the original death penalty sentence because the original jury instructions were vague, an en banc panel of the court determined. At issue was the phrase “depravity of mind,” which the court ruled 7 to 4 was too vague. The U.S. Supreme Court had previously found that language to be unconstitutional. It took Nevada fifteen years after that ruling to actually remove it from use.

The 9th Circuit’s decision led prosecutors to re-try to penalty phase of the case. Valerio’s original conviction remained intact. So-called bifurcated trials, where guilt and punishment phases are litigated separately, are required in cases where prosecutors seek the death penalty.

Valerio’s attorneys called a number of witnesses to the stand to argue he is a changed man. Kathryn Stevens, a United Church of Christ minister, testified that she befriended Valerio while he was on death row and traveled from her home in the Berkshires to visit him. “He’s very thoughtful, that’s what I’ve found — a person who is kind, thoughtful, loving, and not self-centered,” she testified. Prosecutors question whether Stevens’ views were colored by her denomination’s positions against the death penalty.

Dr. Norton Roitman, a psychiatrist who testified as the defense’s mitigation expert, testified that Valerio was an impulsive man in 1986 who went through several brushes with trouble in prison early on, but who has since become a remorseful man who values human relationships.

Valerio gave an approximately seven-minute allocution to the jury. Though delivered from the witness stand, Valerio was not under oath and was neither questioned nor cross-examined. Valerio said that he thinks about his victim all of the time; that he apologized to her family and friends; that he has changed over the ensuing 31 years since the crime; that he believes his life is better because he has learned to make better choices; and that he has associated with more positive people. He agreed that he needed to be held accountable for the things he had done, but told the jury he wanted them to see his face and hear his voice before deciding his fate.

The jury had to consider whether Valerio should be sent back to death row, be imprisoned for life without parole, or was eligible for parole after a period of twenty years. He dodged the death penalty, and will now spend the rest of his life behind bars.