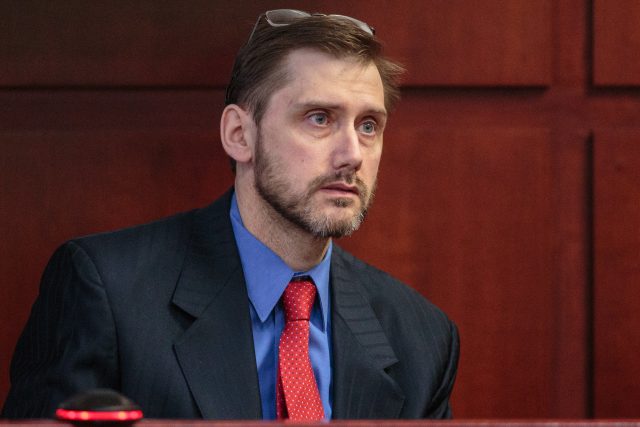 A jury in Muskegon County, Michigan reached a verdict in the murder trial of Jeffrey Willis, finding him guilty of murdering Rebekah Bletsch on June 29, 2014. Bletsch was found on the side of the road by a couple who thought she had been hit by a car. When they tried to resuscitate her, they realized she had multiple gunshot wounds to the head.

The investigation of Willis didn’t start until nearly two years after Bletsch’s death. In April 2016, a teenage girl told police that a man in a silver van abducted her, but she escaped. The kidnapper allegedly offered to let her use his cell phone in his van while she was walking home at night, but when she got inside, he started driving and didn’t give her the phone. She then jumped out of the moving vehicle and reported the incident. While investigating Willis’ property in connection with the kidnapping, police found the evidence connecting him to Bletsch. That evidence included a gun in Wills’ van that matched shell casings and bullets that had been collected during the investigation of Bletsch’s death.

In addition to the gun, investigators also found files related to Bletsch on Willis’ computer, labeled with Bletsch’s initials, in a folder titled “VICS.” Police believe VICS is short for victims. Also on the computer were similar files that police say had to do with another woman who disappeared in 2013, Jessica Heeringa.

Willis testified in his own defense during the trial, claiming he did not kill Bletsch or Heeringa. He also insisted that he only offered to give the teen a ride home, and did not try to kidnap or harm her. The defense pinned Bletsch’s death on Willis’ cousin, Kevin Bluhm, who Willis said borrowed his gun before Bletsch was killed. In their closing argument, Willis’ defense claimed that Bluhm was a skilled marksman, knew Bletsch from the community, was obsessed with her, had photos of her, and destroyed evidence.

The prosecution argued that Bluhm’s DNA was not on the gun, and that Willis’ VICS folder was his “digital trophy case.”

Willis still awaits a second trial for Heeringa’s murder and the teen’s kidnapping.