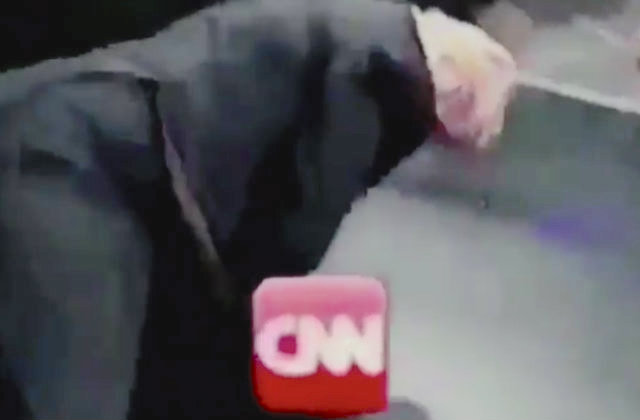 Sunday morning, President Donald Trump tweeted edited video of himself “attacking” CNN, and many quickly said he was inciting violence. The First Amendment protects him, however.

In case you haven’t seen the clip yet, here it is.

Video originates from his honest-to-God appearance as part of a storyline at Wrestlemania 23 in 2007. The edited version is a clear swipe at CNN over a retracted story. The article claimed the Senate Intelligence Committee was investigating one of his campaign advisers as part of a probe into Russia’s interference in the 2016 election. Trump has long complained about negative media coverage, calling it “fake news.”

Opponents spoke out, and not only did they think he was encouraging supporters to attack reporters, but they used a term closely linked to the First Amendment: incitement.

America, stand against this. Trump is going to end up getting a media person killed w/this incitement to violence. Maybe then, he’ll stop. https://t.co/IGM0fThtt5

Lets be blunt: This video is Trump calling for his supporters to physically attack those in media who criticize him. This is incitement https://t.co/K6ySCMu7vT

Is the tweet worthy of the presidency? Is it responsible considering our tense, sometimes violent political situation? That’s a debate for another article. We at LawNewz.com simply wanted to see if Trump’s tweet constituted incitement to violence under the Constitution.

No it doesn’t, says Professor Eugene Volokh, a First Amendment expert teaching at UCLA Law School. He told LawNewz.com that in order to be treated as incitement, speech must intentionally encourage people to commit crimes, and this encouragement must be likely to succeed. For example, one might talk a mob into burning down a building. Trump’s Sunday morning tweet doesn’t meet that standard.

“In context, it sounds like a joke,” Volokh said. He argued that it seems intended to say, “‘We’re tough guys, we can beat anybody.'”

The professor compared it to a reported 2008 statement by then-Senator Barack Obama at a fundraiser, talking about Republicans: “If they bring a knife to the fight, we bring a gun.”

Volokh argued that such comments are “obviously played for entertainment,” not violence. “People in these positions, I think rightly so, are expected to ignore media criticism, but it is not incitement,” he said.

Authorities were clearing a street of demonstrators during an anti-war protest at Indiana University, and the sheriff heard defendant Gregory Hess say, “We’ll take the fucking street later.”

Was it incitement? Nope, said the majority opinion. From the holding:

…since the evidence showed that the words he used were not directed to any person or group and there was no evidence that they were intended and likely to produce imminent disorder, application of the statute to appellant violated his rights of free speech.