No, Trump Is Not Personally Releasing The JFK Files 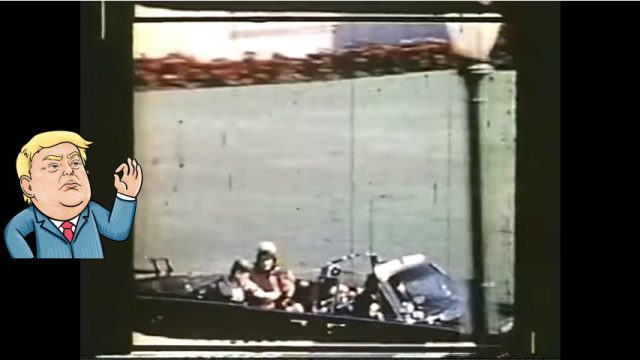 A slew of headlines this morning rushed to parrot a misleading statement made by President Donald Trump regarding the release of files related to the assassination of former President John F. Kennedy.

In a tweet sent this morning at 8:34 am, the president wrote:

Subject to the receipt of further information, I will be allowing, as President, the long blocked and classified JFK FILES to be opened.

There’s nothing particularly controversial or newsworthy about the tweet, however, as President Trump is simply referencing a prior law which mandates the release of all federal records related to the storied president’s assassination.

The President John F. Kennedy Assassination Records Collection Act was passed unanimously by Congress in 1992 and then signed into law that same year by President George H.W. Bush after the release and massive popularity of Oliver Stone‘s film “JFK.”

Introduced by Senator John Glenn, the act established a federal oversight committee known as the Assassination Records Review Board (“AARB”). In a somewhat bizarre turn, the AARB directly credits Stone’s film and notes that it, “popularized a version of President Kennedy’s assassination that featured U.S. government agents from the Federal Bureau of Investigation (FBI), the Central Intelligence Agency (CIA), and the military as conspirators.”

Over five million documents have already been released by the AARB. At issue are an additional 3,000 or so assassination records which are believed to reference a dead CIA agent. According to the act:

An assassination record includes, but is not limited to, all records, public and private, regardless of how labeled or identified, that document, describe, report on, analyze, or interpret activities, persons, or events reasonably related to the assassination of President John F. Kennedy and investigations of or inquiries into the assassination.

Essentially, everything the government’s got on the death of Kennedy has to be released. The stipulations of the act mandate that all records related to Kennedy’s assassination be released 25 years to the day from the act’s passage. The first President Bush signed the law on October 26, 1992. That 25-year-period simply comes to an end next week.

To the extent that Trump has anything to do with the assassination records, his only role will be to limit or block their release.

Trump and his fanbase are framing the release as the personal whims of a president committed to providing the public with much ballyhooed and clamored-for information, however, that’s simply not an accurate reflection of what’s occurring here.