Kushner’s Ridiculous Defense For Trump Jr. Meeting Will Likely Save Him from Prosecution 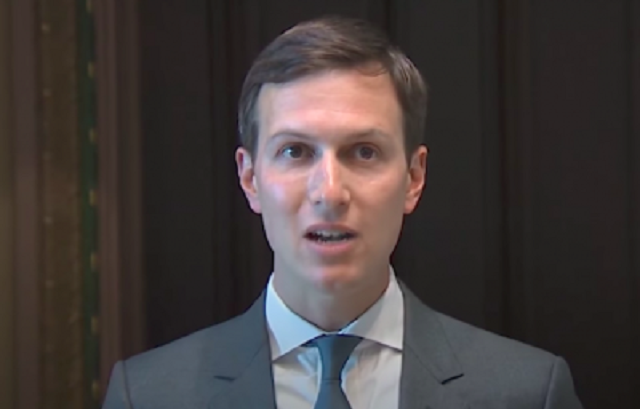 On Monday, President Donald Trump‘s son-in-law and key White House advisor Jared Kushner released an 11-page statement to congressional committees. In the memo, he painted himself as rather naive to the ins and outs of campaigning, and admitted he regarded the meeting with a Russian lawyer at Trump Tower as “a waste of our time.” In fact, Kushner claimed he even told his assistant to call him in the middle so he could have an excuse to leave.

What probably is the most interesting bit from the legal perspective is how Kushner framed his knowledge and understanding of the June 2016 meeting with Trump Jr. and the Russian attorney. The bottom line: “TL;DR,” or, “too long; didn’t read.” He didn’t read his emails. In other words, Kushner claims he had no idea what the meeting was about, who was involved, and what they hoped to get out of it. And, get this, when it comes to the law, that might just be enough to save him from any prosecution.

Here’s what Kushner wrote in the statement to congressional committees regarding his knowledge of the meeting:

He eventually sent me his own email changing the time of the meeting to 4:00 p.m. That email was on top of a long back and forth that I did not read at the time. As I did with most emails when I was working remotely, I quickly reviewed on my iPhone the relevant message that the meeting would occur at 4:00 PM at his office. Documents confirm my memory that this was calendared as “Meeting: Don Jr.| Jared Kushner.”…

I did not read or recall this email exchange before it was shown to me by my lawyers when reviewing documents for submission to the committees. No part of the meeting I attended included anything about the campaign, there was no follow up to the meeting that I am aware of, I do not recall how many people were there (or their names), and I have no knowledge of any documents being offered or accepted.

If this excuse sounds familiar, it should. Apparently, former Trump campaign manager Paul Manafort also has a similar problem with reading his emails. Boy, I guess no one on Trump’s campaign actually read their iPhones. Regardless, assuming that investigators can’t prove otherwise, this defense might save him from prosecution.

But there is a pretty convincing argument that both Trump Jr. and Jared Kushner maybe off the hook. It was brought to light in the Yale Journal on Regulation by Andy Grewal, a professor of law at the University of Iowa.

As I previously reported, his basic thesis (in my words): Trump Jr. and Jared Kushner’s own ignorance may save them from prosecution. As Grewal points out, usually ignorance of the law is not a defense. You can’t rob a bank, and then claim you didn’t know there was a law against it. However, when it comes to the Federal Election Campaign Act, ignorance of the law is actually a pretty good excuse. In his statement, Kushner not only contends that he had no idea what the meeting was about, but, in addition, he also plays ignorant to many of the inner workings of a campaign — even how to deal with foreign nationals. He claims that he was merely an investment manager who go thrust into the campaign by his father-in-law. The election law requires a person to “knowingly and willfully” commit a violation of the statute.

Most of FECA’s prohibitions, including those related to the solicitation of contributions/donations from foreign nationals, create criminal consequences only when a person “knowingly and willfully” commits a violation of the statute…

This heightened mens rea standard means that a person must know that he is breaking the law to trigger a criminal prosecution, and must know about the relevant statute duty: The “words [‘knowingly and willingly’] of specific criminal intent require proof that the offender was aware of what the law required, and that he or she violated that law notwithstanding that knowledge

If Grewal is accurate in his understanding of the mens rea requirement, there seems to be little doubt that Kushner will be off the hook for this Russia meeting. Unless, of course, investigators can prove he knows more than he is letting on about Trump Jr.’s attempt to get dirt from the Russians.  Manafort, though, might not be as lucky. As a seasoned campaign veteran, he might have a tougher time arguing he didn’t know about a law prohibiting campaigns from soliciting information from foreign nationals.