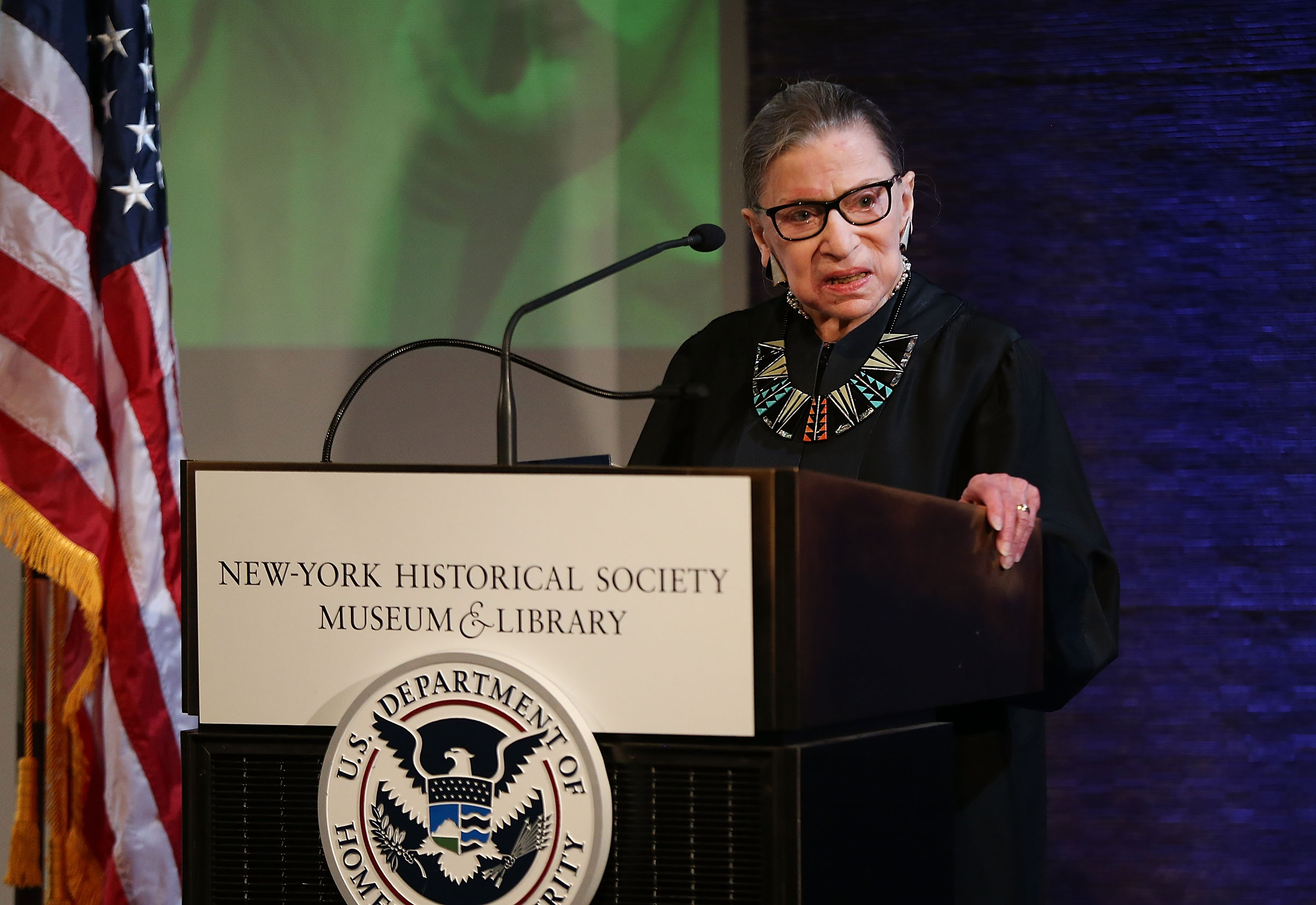 Supreme Court Justice Ruth Bader Ginsburg doesn’t have much respect for Associate Justice Neil Gorsuch‘s legal acumen. (This is well documented.) And, in an epic dissent issued Monday, Ginsburg called into question Gorsuch’s ability to even read for basic comprehension.

The case before the court was actually an agglomeration of multiple cases involving various employees who had banded together in order to sue their employers over allegations of systematic wage theft.

Ginsburg wrote, “Individually, their claims are small, scarcely of a size warranting the expense of seeking redress alone. But by joining together with others similarly circumstanced, employees can gain effective redress for wage underpayment commonly experienced.”

Ginsburg’s words here are not rhetorical.

Wage underpayment is the most common form of theft in the United States by far. According to the FBI, burglary, larceny, robbery, auto theft and other forms of property-based crimes combine for a total loss of some $13 billion per year. According to the Economic Policy Institute, wage theft constitutes an “epidemic” which accounts for a loss to workers of some $50 billion-plus per year. In other words, employers illegally retain at least $50 billion per year which they are obligated to pass on to their employees.

This economic reality was noted by Ginsburg and the three other liberals on the Supreme Court. But Monday’s ruling in Epic Systems Corp. v Lewis found the liberal wing in the minority.

Employers sued their employees over attempted class actions and sought to force, instead, individualized grievance procedures by way of arbitration. The tidy majority decision, authored by Gorsuch, came down strongly in favor of business interests and clawed back workers’ rights by finding that the Federal Arbitration Act takes precedence over a 2012 decision issued by the National Labor Relations Board allowing for workers to bypass certain arbitration clauses.

As widely reported, Ginsburg referred to Gorsuch’s decision in Epic as “egregiously wrong.” This has mostly been interpreted as a values-system judgment: Gorsuch doesn’t like worker’s rights and does his best to placate capital instead of labor because he’s a conservative Republican. That’s very likely the case, but Ginsburg seems to have meant something more–and more precise, at that.

In a fire-drenched footnote, Ginsburg makes an explicit reference to Gorsuch’s understanding of the basic issue before the Court. And here, Ginsburg determines that Gorsuch’s basic understanding is more or less inadequate. The notorious justice notes:

The Court’s opinion opens with the question: “Should employees and employers be allowed to agree that any disputes between them will be resolved through one-on-one arbitration?” Were the “agreements” genuinely bilateral?

The answer to the second question should be pretty clear. Ginsburg continues:

Ginsburg continued, “Epic’s and Ernst & Young’s employees thus faced a Hobson’s choice: accept arbitration on their employer’s terms or give up their jobs.” In turn, those employees sued, in part to contest the top-down nature of the agreements quite literally foisted upon them in lieu of being fired.

Again, the dissent notes, “The Arbitration Act, in their view, requires courts to enforce their take-it-or-leave-it arbitration agreements as written, including the collective-litigation abstinence demanded therein.” In legal terms, these “agreements” between the parties have many hallmarks of what lawyers refer to as contracts of adhesion, click-through shrink-wrap, duress or even unconscionability.

Ginsburg’s argument here is fairly easy to crystallize: a choice between accepting a contractual term one hopes they’ll never have to invoke in the first place–because employers shouldn’t be stealing from their employees–or being fired for refusing to accept that term is no choice at all. And it certainly isn’t what could be described as an “agreement” because the forced arbitration provisions were part of what the employees were suing about.

Per Ginsburg, Gorsuch dismissed such concerns by misunderstanding the basic issue and misstating the basic question before the Court. Sure, employers and employees should be allowed to agree on the terms of their agreements. That’s a tautology that doesn’t need too much in the way of a defense. But in this case, employers and employees actually disagreed about those terms in the first place.