Constitutional Law Expert Slams McCabe: Should Be ‘Worried About Prison’ 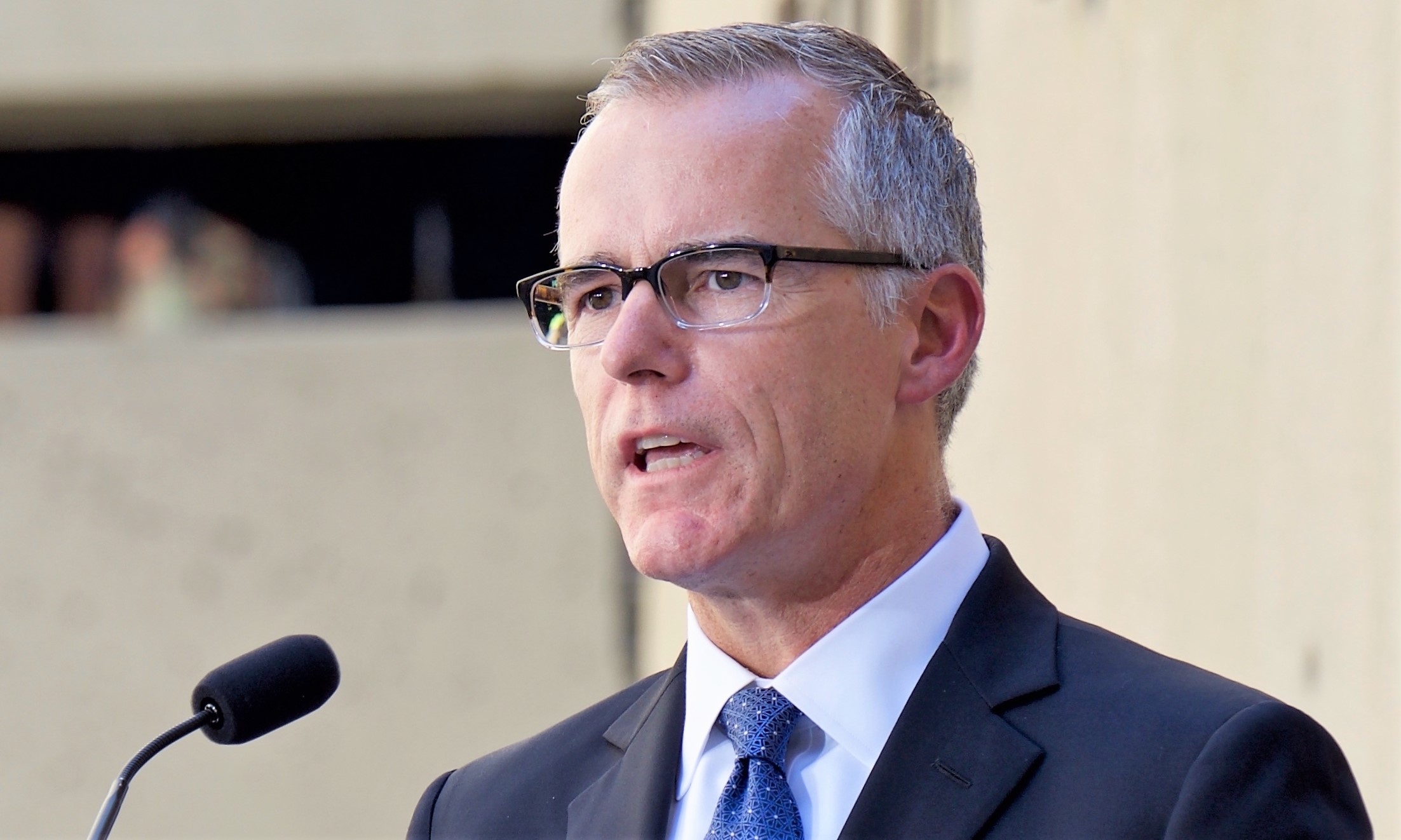 As news and excited reactions pour down the collective American brainstem in a semi-rigorous attempt to make sense of Andrew McCabe‘s firing, one liberal legal expert and constitutional law professor is simply not there for partisan response efforts.

Instead, it appears McCabe’s ouster was in line with the law and he should probably be thankful he’s not facing criminal charges for the behavior that led to said ouster.

[McCabe’s firing] was justified in the sense that these were career officials–at the Office of Professional Responsibility–that made this recommendation which is exceedingly rare. In fact, it’s unprecedented for someone in this position. These are not political appointees. The OPR, quite frankly, is not viewed as a particularly aggressive office. So, all of that makes this a relatively rare sanction coming from career officers. They clearly concluded that McCabe misled them–and that he misled them on one of the core issues they were investigating, not a collateral issue.

Smerconish then launched into an anecdote about his own past experience with the Department of Justice’s Office of Inspector General (“OIG”) and stressed that the OIG was not really the type of government agency likely to succumb to political pressure. Turley agreed.

He said, “Everyone that I know of speaks highly of [Inspector General and Obama appointee Michael] Horowitz–he’s viewed as completely highly apolitical. This office is, as you note, insulated like a Sherman tank from any outside forces. What’s fascinating about the way this has all unfolded is not its outcome. I first said when I heard of the report and its recommendation that I thought it was a given that he would be fired. It would be very surprising for Sessions to turn down this type of rare recommendation from the career staff. After all, he followed a recommendation from career staff to recuse himself–and I think rightfully so.”

Then Turley got to his broader point about criminality. He said:

What’s going to create an issue going forward is whether there will be a criminal referral. Michael Flynn was indicted for making a false statement to investigators. Now, it’s true that they were looking at him for other crimes as well. But there will be some that will argue, “Why would you indict Michael Flynn, but a deputy FBI director is just worried about his pension, not prison?”

As Turley pointed out, Flynn’s indictment was entirely the result of Flynn’s own super-poor decision to lie about his otherwise legal behavior. Flynn was allowed to meet with Russians. That’s not currently a crime. Back-channel communications happen all the time and are completely aboveboard. Flynn did it to himself by lying about his lawful behavior after the fact.

Flynn’s charging document reads, in part, “FLYNN’s false statements and omissions impeded and otherwise had a material impact on the FBI’s ongoing investigation into the existence of any links or coordination between individuals associated with the [Trump] Campaign and Russia’s efforts to interfere with the 2016 presidential election.”

Flynn eventually pleaded guilty to one felony count of making “materially false statements and omissions during an interview” with the FBI concerning his discussions with the Russian Ambassador. McCabe is accused of misleading investigators about some dime-a-dozen Clinton-related case. Of course, the underlying investigations are completely different here–but not the underlying laws.

And, note, McCabe is formally accused of both leaking and lying about his leaking to investigators. So, if the two government reports which suggested and led to McCabe’s firing are true, McCabe looks to be even more culpable than Michael Flynn here. (Which, honestly, still isn’t saying very much.)

And, to hear Turley tell it, McCabe’s omissions or false statements (we don’t know yet because the OPR report has not yet been made public) appear to have made a material impact on the underlying investigation.

The bottom line here is: a federal prosecutor could swap out a great deal of the Flynn indictment and easily charge Andrew McCabe with at least the same charges as what Flynn faces now.

Of course, after all the politically charged investigations run their course we might want to have a collective discussion about whether lying to the FBI or other federal cops is really worth people losing their lives over. We might even want to discuss the system of federal law which gives high-ranking officials as much room to make hay with their targets as they feel like on any given day.

For now, we’ll have to stick with some consistency in the application of exceedingly harsh statutes. Turley’s contention appears to be on point here. Andrew McCabe’s lost pension might be the least of his worries.

[image via Federal Bureau of Investigation]