Why Donald Trump Might Be Really Afraid to Release His Taxes 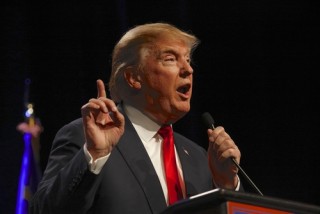 This article has been updated to include new comments from Hillary Clinton during Monday night’s debate.

During Monday night’s debate, Hillary Clinton took aim at Donald Trump’s decision not to release his taxes. He’s long stated that he would, but his attorney won’t let him because she’s under audit. Clinton didn’t buy it. She stated that Trump must have something to hide if he won’t let public see the returns.  Earlier this year,  Mitt Romney even hinted there could be a “bombshell” hidden in the returns, so we wanted to know what exactly we could expect if The Donald does agree to let the public examine his finances. Is he hiding something?

We’ve certainly had rich people run for president. But Trump is on another level.  Depending on who you ask, he’s worth $10 billion (Trump) or $4.5 billion (Forbes).  We consulted the best tax attorneys and accountants who serve the nation’s highest net worth individuals and asked them about Trump’s potential vulnerabilities. Most say his biggest hurdle is going to be the public not understanding the complexities behind his returns. Voters will inevitably draw assumptions.  As for whether he’s allowed to release the returns while he is under audit, there is nothing legally preventing him. However, most legal experts tell us they’d advise against it.  Experts don’t believe he would be stupid enough to violate any of the tax codes, but, as you know, lawyers can get very creative and figure out ways to take advantage of the law. That’s not good PR.

“More importantly is what is NOT in (the returns),” Lester Weingarten, a CPA and attorney at Gettry Marcus CPA, PC told LawNewz.com, “He has an army of lawyers and accountants making sure that everything was within the law. Sometimes it is an expansive thing because there are (different) interpretations.”

If we do get a peek at his taxes, experts say we should expect to be literally buried in paperwork. “It is going to be a big pile of paper, it’s not just his personal taxes, it’s also returns for all of these different entities. There could be hundreds. I’ve seen corporate returns in the thousands,” Robert Kovacev, a partner at Steptoe & Johnson told LawNewz.com.

“I’m willing to guess, there are lot of structures. For example, an LLC that owns an interest in an LLC. It looks complicated,” Kovacev said.

Weingarten said one of Trump’s biggest exposures could be his private plane. “It is just very liberal how it works if (the plane) is on his return. For example, they will charge him and the numbers are not going to look close to what the real benefit is,” he said. That’s not good for public perception.

“I think Donald Trump’s opponents are going to look at how complex his taxes are and say he is obviously trying to hide something. That is just not true. When you get to this level, this is how business is done. There are complex ways to obtain legitimate tax benefits without violating the law,” Kovacev said.

Kovacev is a former prosecutor with the Unites State Department of Justice, Tax Division. He prosecuted high net worth individuals who found themselves in legal trouble  We asked him about the areas where rich people find themselves in the legal “gray zone.” Here are a few:

Again, these are just some typical areas where wealthy people find themselves in trouble. None of the attorneys that we consulted have seen Trump’s taxes. Trump says he’s been audited every year and has never had a problem. “I passed,” he said on CNN in February.

“It is going to be fascinating to see someone at that level how he deals with taxes,” Kovacev.

If Trump follows in the tradition of other candidates (which so far he hasn’t), his taxes will eventually be released. And we, at LawNewz.com, along with the rest of the media, will be buried in paperwork for weeks, trying to make sense of it all.  But most experts agree Donald’s issues won’t necessarily be legal — they may end up becoming a matter of perception.

A version of this article first appeared on LawNewz.com in February.