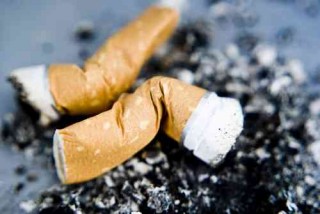 A class action lawsuit against tobacco giant Phillip Morris wrapped up last week with a ten person jury determining that the company should not have to offer CT scans to smokers. The plaintiffs, a class of Massachusetts smokers, argued that Philip Morris knew cigarettes were dangerous and defective, could have easily made them safer and therefore should cover the costs of tests to assess whether the smokers had developed lung cancer.

What made this case particularly interesting was that the plaintiffs were not seeking monetary​ damages but just low dose scans that can detect early-stage lung cancer often too small to show up on traditional X-rays.

​Before the case began, ​Law professor Richard Daynard of Northeastern told the Associated Press  that this one was stronger than many past legal efforts because: “you have better technology which captures the tumors at a much earlier stage where there’s a very good chance that if you get them that the person … is probably not going to die from it,”

Putting aside the legal arguments, at the least, it seems like a pretty compelling emotional and moral argument. Well, the law firm that represented Phillip Morris, New York based Weil Gotshal and Manges seemed to recognize that too. They actually issued a press release gloating about their “monumental” win over “all Massachusetts smokers of Philip Morris USA cigarettes who have smoked for 20 pack-years, with a total class size estimated to be in the tens of thousands.”​ They even named all the heroic attorneys who helped to defend the good Phillip Morris name: “The Weil trial team is led by litigation partner Diane Sullivan and also includes counsel Adam Tolin and associates Jed Winer, Caroline Toole, and Robert Brown​.” [Update as of Tuesday night, the press release has been removed from the law firm’s website]​

Self-touting can sometimes be awfully revealing. They actually said this in trumpeting their victory:

It’s the standard of care so it’s even more impressive that we were able to deny them that!?!​​

A legal victory is one thing but ​for lawyers for a tobacco company to publicly celebrate denying potential cancer victims the best way of identifying lung disease as early as possible seems reprehensible. . . even for a law firm. ​

We reached out to Phillip Morris ​and they had no comment.