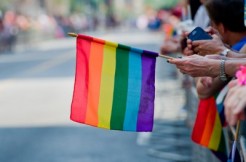 On Thursday, a federal judge struck down a Mississippi law that would’ve let businesses and public officials deny services to LGBT people. This statue hadn’t even been in force yet.

““We are thrilled that Judge Reeves ruled on the right side of history in striking down House Bill 1523 and congratulate our allies who brought these cases,” Jennifer Riley-Collins said in a statement obtained by LawNewz.com. She’s the Executive Director for the ACLU of Mississippi. “This is a huge victory for the state of Mississippi and the nation.”

HB 1523 would have gone into effect on Friday. It’s called the “Protecting Freedom of Conscience from Government Discrimination Act.” It purported to protect several religious beliefs, such as the thought that marriage is only between one man and one woman. If enacted, people and organizations with anti-LGBT sentiments could be free from certain legal action.

For example, Mississippi authorities were prohibited from taking “discriminatory action against a religious organization” if the place refused to hold a same-sex wedding. Among other items: a religious organizations could deny adoption services to same-sex couples; and healthcare providers would have been free to deny services to transgender people.

He said HB 1523 violates the First Amendment. From the opinion, obtained by The Southern Poverty Law Center:

HB 1523 grants special rights to citizens who hold one of three “sincerely held religious beliefs or moral convictions” reflecting disapproval of lesbian, gay, transgender, and unmarried persons. Miss. Laws 2016, HB 1523 § 2 (eff. July 1, 2016). That violates both the guarantee of religious neutrality and the promise of equal protection of the laws.

The Establishment Clause is violated because persons who hold contrary religious beliefs are unprotected – the State has put its thumb on the scale to favor some religious beliefs over others. Showing such favor tells “nonadherents that they are outsiders, not full members of the political community, and . . . adherents that they are insiders, favored members of the political community.” Santa Fe Indep. Sch. Dist. v. Doe, 530 U.S. 290, 309-10 (2000) (quotation marks and citation omitted). And the Equal Protection Clause is violated by HB 1523’s authorization of arbitrary discrimination against lesbian, gay, transgender, and unmarried persons.