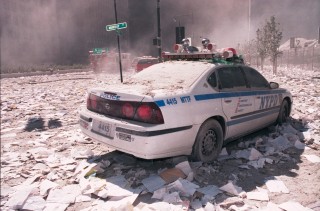 On Friday, an entirely new kind of lawsuit hit the U.S. District Court for the Southern district of New York – one that was the result of a controversial new statute, carrying with it potential for major international fallout.  The lawsuit’s plaintiffs are hundreds of families of 9/11 victims (135 pages of them, to be exact) against one defendant – the Kingdom of Saudi Arabia. The lawsuit is the first of its kind, recently authorized by the Justice Against Sponsors of Terrorism Act (JASTA). JASTA created what is called “subject-matter jurisdiction” in United States federal courts for civil lawsuits against any sovereign nations that “knowingly or recklessly contribute material support or resources, directly or indirectly, to persons or organizations that pose a significant risk of committing acts of terrorism…” Until now, civil lawsuits naming foreign nations as defendants were just about always thrown out of federal because the doctrine of “foreign sovereign immunity” acted as an absolute shield against plaintiffs. With the passing of JASTA, though, that’s all changed. The lawsuit may succeed or fail, but JASTA created jurisdiction, and these plaintiffs will at least get their day in court.

JASTA, passed on the fifteenth anniversary of the 9/11 terror attacks, had something of an unusual road through Congress. Because of its irresistible political appeal, JASTA sailed through both the House and the Senate and was passed unanimously without any debate, despite repeated warnings from President Obama that the bill was a terrible idea. Legal experts and international leaders alike warned that eliminating foreign sovereign immunity would cause dramatic consequences.

The Dutch parliament wrote to House lawmakers warning that JASTA is a “gross and unwarranted breach of Dutch sovereignty” that could result in “astronomical damages.” Likewise, French Parliamentarian Pierre Lellouche cautioned that JASTA would “cause a legal revolution in international law with major political consequences,” and that as one example of those consequences, he would pursue legislation that would permit French citizens to sue the United States. As for Saudi Arabia itself, it has warned that it might liquidate hundreds of billions of dollars worth of American assets in response to JASTA’s passing.

International fallout isn’t even the only problem with JASTA; less dramatic, but equally concerning is that under JASTA, the courts of Southern District of New York would be charged with making factual determinations about the 9/11 and other terrorist attacks – a difficult task for any fact-finder, but one for which federal courts are woefully unqualified.

But Congress was undeterred. And when President Obama delivered his pledged veto, Congress wasted no time in voting 97 to 1 to override. Minority Leader Harry Reid was the lone dissenter, and Tim Kaine and Bernie Sanders as conspicuous no-shows. The next week, more JASTA drama continued when Mitch McConnell admitted that Congress “should have talked about [the risky consequences of JASTA] much earlier,” and went on to blame the White House for failing to do its part delivering an adequate warning. Paul Ryan also expressed some buyer’s remorse and told reporters, “there may be some work to be done to protect our service members overseas from any kind of legal ensnarements that occur, any kind of retribution.”

The lawsuit filed on Friday accuses Saudi Arabia of funding and providing logistical support for al-Qaida terrorist activities, funded Afghan terrorist training camps, and provided material support for the 9/11 terror attacks on the U.S. The claims are for personal injury and wrongful death; damages are unspecified.

JASTA lawsuits are the ultimate confluence of politics and law. Opportunistic politicians could not resist forcing an ill-advised statute into existence for the privilege of “supporting 9/11 families” and “holding terrorists accountable.” But in the exchange of votes for comity, Congress may well have created a predicament of mammoth proportions. In passing JASTA, the American government has set itself apart from the entire international community, and has abandoned foundational legal principles. Now that the JASTA lawsuits have begun, we can only hope that whatever due process and compensation awaits families who have suffered outweighs the global consequences likely to ensue.