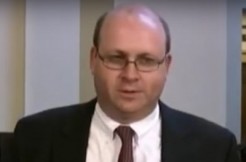 On Thursday, judges of the U.S. District Court in Virginia dismissed a lawsuit that challenged the state’s voter ID law SB 1256.

“Mindful that the Court’s mission is to judge not the wisdom of the Virginia voter ID law, but rather its constitutionality, this Court cannot say that Plaintiffs have met their burden of proof in showing by a preponderance of the evidence that the Virginia voter ID law, either on its face or in its enactment, contravenes the Voting Rights Act, the First Amendment, the Fourteenth Amendment, the Fifteenth Amendment, or the Twenty-Sixth Amendment,” the opinion states. “The Court finds for Defendants on all counts.”

The lawsuit was filed last year for the Democratic Party of Virginia. Marc Elias, general counsel for Hillary Clinton’s presidential campaign, headed the fight, according to a report by The Washington Free Beacon. George Soros, billionaire and big ol’ liberal, funded it.

Plaintiffs say the Voter ID laws are racist, effectively making it hard for people of color and young people to vote. (That carries huge political ramifications since these groups historically vote Democrat.) It’s a common criticism of such statutes nationwide: They’re unpractical and overly complicated; places to get ID are hard to access, located away from areas where people of color tend to live. Todd Allbaugh, a former chief of staff to a Republican state senator in Wisconsin, said his state’s law was designed to undermine Democrats.

But the federal judges in Thursday’s dismissal clearly didn’t reach a similar analysis of Virginia’s law: “While SB 1256 may have added a layer of inconvenience to the voting process, it appears to affect all voters equally. None of the voter witnesses produced by Plaintiffs identified any legal obstacle inhibiting their opportunity to vote.”

That Virginia’s ID law isn’t as bad as other states’ isn’t a reason to defend it. Its a reason to expand our efforts to fight suppression.

Elias also filed a similar lawsuits in a couple of other states. He did it in Ohio on behalf of the Ohio Organizing Collaborative, but that group ended up being investigated for voter fraud. Then there’s Wisconsin, where a portion of its lawsuit was dismissed in December.

Clinton is not associated with the lawsuits. Elias is doing his own thing. LawNewz.com was unable to reach him for comment.
–