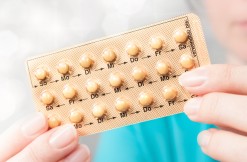 The Obama administration and a group of religious nonprofits say they’re open to compromise over a contraceptive case that reached the Supreme Court—just not the same kind of compromise. In Zubik v. Burwell, both sides are grappling over whether the nonprofits have to help cover birth control under Obamacare, even when it contradicts their beliefs. As it stands, the nonprofits can sign a form opting out. But they say they’d still be complicit.

This comes after the Supreme Court asked both sides to consider a compromise in March, suggesting a religious nonprofit could object to contraceptive coverage as soon as an employee signed up for insurance, rather than need another form.

“There are many ways in which the employees of a petitioner with an insured plan could receive cost-free contraceptive coverage through the same insurance company that would not require further involvement by the petitioner, including the way described in the Court’s order,” they said in a Tuesday brief.

The Obama administration said the Court’s suggestion undermined the intent of the Affordable Care Act.

“Because insurers have an independent statutory obligation to provide contraceptive coverage, the accommodation for employers with insured plans could be modified to operate in the manner described in the Court’s order—but only at a real cost to its effective implementation,” they said in a brief.

Oral arguments have already come and gone. Both sides are scheduled to answer the other’s brief by April 20.