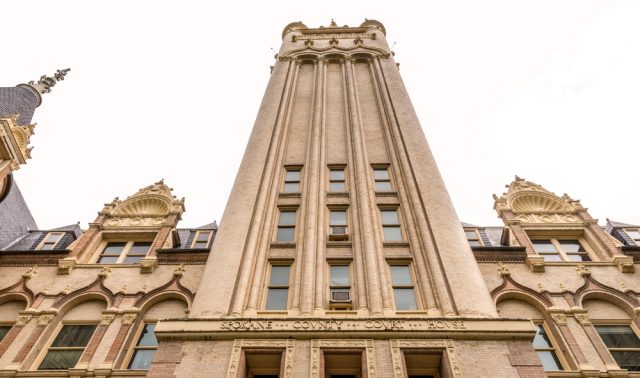 SPOKANE, Wash. (AP) — A judge has tossed a November ballot measure aimed at reversing a Spokane law that restricts police and city employees from asking about a person’s immigration status.

The initiative sought to change or remove parts of a city law that restrict police and other city employees from asking about a person’s immigration status, The Spokesman-Review reports (https://goo.gl/JELD7o ). It also would have added a section to the municipal code requiring city employees to share collected immigration status information with federal authorities unless approved by the city council.

Six nonprofit groups serving immigrants and refugees in Spokane sued in May to invalidate the ballot measure before the election, saying it was beyond the scope of the initiative process.

Tacoma-based Respect Washington legally defended the initiative after a local sponsor dropped her support as petition signatures were verified.

The group is also sponsoring a November ballot in the Seattle suburb of Burien that would repeal the city’s so-called ‘sanctuary city” ordinance aimed at protecting immigrants. It argues that such sanctuary city ordinances chill the sharing of information with federal immigration officials and threaten public safety.

Craig Keller with Respect Washington said after the court ruling in Spokane that the measure should be on the ballot.

“We will try to restore it to the ballot through an appeal,” he told the newspaper.

The judge ruled that changes to city municipal code — enacted this year and after the signature-gathering campaign to put Prop. 1 on the ballot — would make the initiative proposals unworkable. “I’m not quite sure how that’s doable, and could render Proposition 1 meaningless or impossible to implement,” McKay said.

She also said the initiative attempted to make decisions about law enforcement that should be made by police and elected officials.

Rick Eichstaedt, attorney for the nonprofit groups, cheered the decision. “Now we can really focus on doing good things in Spokane, and not focus on the type of hate that Proposition 1 really represented,” he said.