ICE Allegedly Using Children As Bait To Deport Their Parents 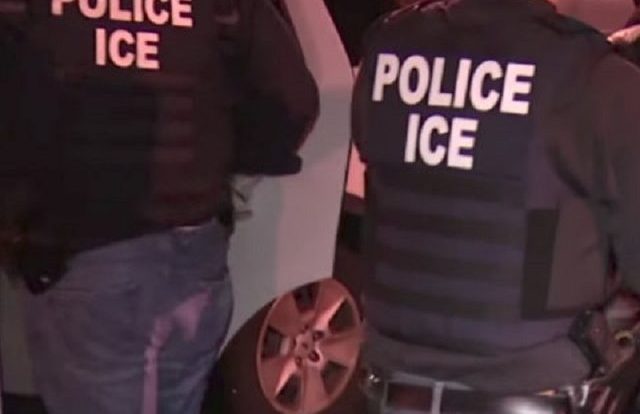 Immigrations and Customs Enforcement (ICE) agents are using the children of undocumented immigrants as bait to arrest and ultimately deport their parents, according to immigration attorneys.

Mynor Espinoza was arrested on June 5 after being summoned by officials for what he was led to believe would just be a routine visit. The 31-year-old father of four entered the Hartford, Connecticut ICE offices in order to fill out paperwork on behalf of his undocumented 9-year-old son. Upon arrival, Espinoza was immediately detained and transferred to a detention center in Greenfield, Massachusetts where he remains to this day.

Yazmin Rodriguez, an attorney with the Esperanza Center for Law and Advocacy who is overseeing Espinoza’s case, noted that her client’s circumstances aren’t an aberration but rather a trend. She said in an interview with a local newspaper:

“My colleagues and I have been witnessing these deceptive practices for the last couple of months. This new practice of luring parents with the sole purpose of tearing them apart from their children is the most despicable and inhumane practice we have witnessed.”

Originally from Guatemala, Espinoza fled his home country under persecution and now faces “imminent danger” if he is forced to return, according to Rodriguez. Since 2009, he’s been living in the United States with his wife Dulce and their children–three of whom were born in the country. Espinoza has no criminal record in the U.S. and has been working as a mason to support his family.

Rodriguez notes that Espinoza’s situation is one of four total child-bait cases thus far in Connecticut alone. Multiple other incidents where immigrants’ own children are used against them have occurred across the country, she said.

Carlos Moreno, interim state director of the Connecticut Working Families Party, noted that “this is the latest tactic.”

LawNewz repeatedly reached out to ICE for comment, but multiple agency press officers did not respond to our request.

“The perception seems to be that ICE can only act when an illegal alien has committed some other horrible crime, but that’s simply not the case. The fact is, the law states that if you’re in the country illegally, you’re subject to removal. ICE, like any other law enforcement agency, has to do its job. And their job is to remove people who are here illegally. That’s what they’re tasked with,“ Ira Mehlman, a spokesperson for the Federation for American Immigration Reform (FAIR), told LawNewz.com. He said he could not comment on Espinoza’s specific case.