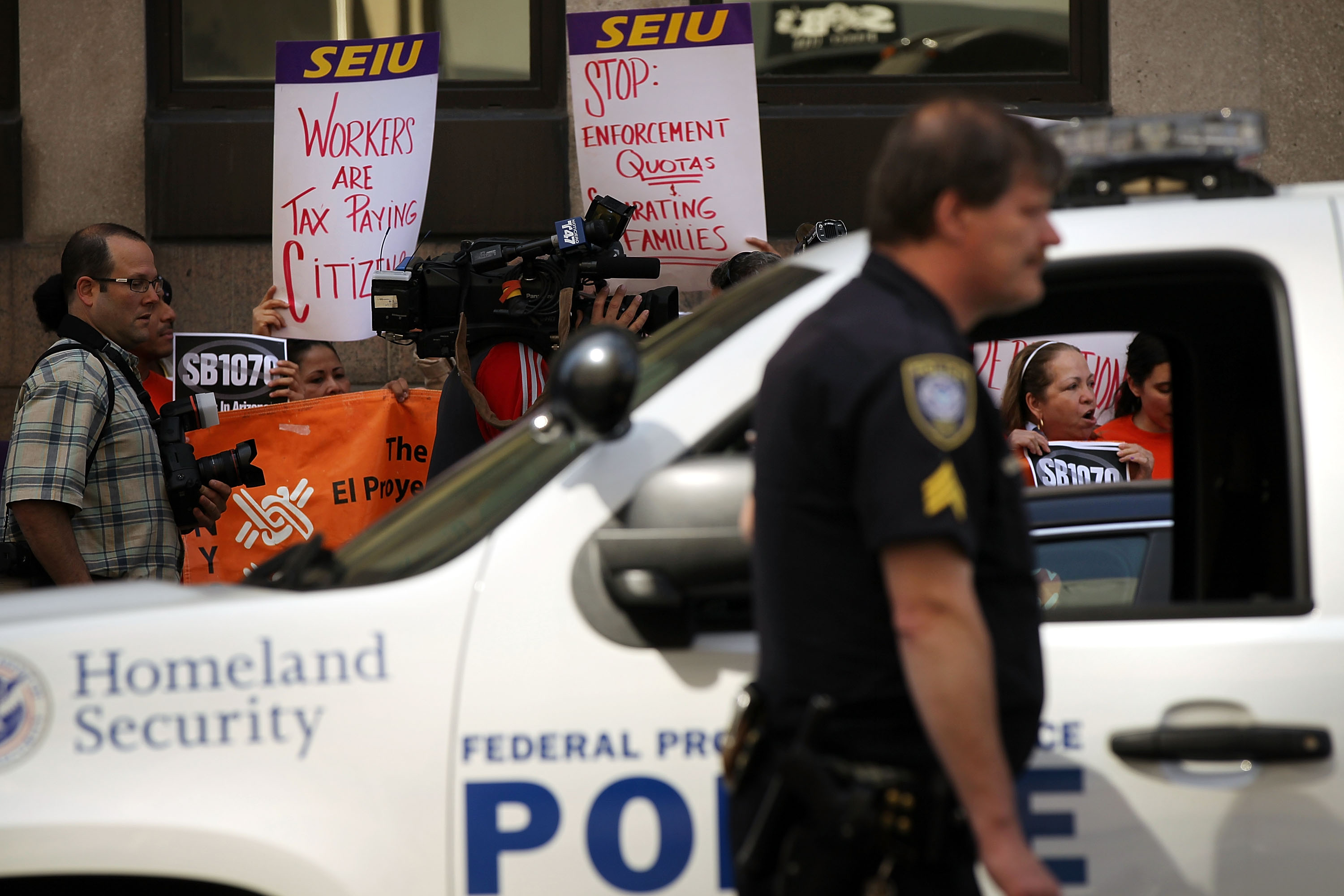 Those three plans (and one additional plan) are likely to be voted on by the Senate soon, if not today, as the deliberative body considers the House’s current vehicle for immigration reform–H.R. 2579.

Senate Majority Leader Mitch McConnell filed cloture on four immigration amendments late last night. Those amendments are, in voting order: (1) the McCain-Coons bill which contains a fix for the Deferred Action for Childhood Arrivals (“DACA”) program but does not fund Trump’s cherished border wall; (2) Pat Toomey’s amendment which seeks to deny federal money to sanctuary cities; (3) the Rounds-King-Collins-Manchin bill which contains a DACA fix and border wall funding; and President Trump’s “Four Pillars” approach which is being introduced by Senator Chuck Grassley.

In no uncertain terms, the Rounds amendment was slammed by DHS as particularly egregious. The headline of DHS’ press release sums up the administration’s appraisal. It reads, “Schumer-Rounds-Collins Destroys Ability of DHS to Enforce Immigration Laws, Creating a Mass Amnesty For Over 10 Million Illegal Aliens, Including Criminals.” The rhetoric gets even more heated as the press release continues. The first paragraph charges:

The Schumer-Rounds-Collins proposal destroys the ability of the men and women from the Department of Homeland Security (DHS) to remove millions of illegal aliens. It would be the end of immigration enforcement in America and only serve to draw millions more illegal aliens with no way to remove them. By halting immigration enforcement for all aliens who will arrive before June 2018, it ignores the lessons of 9/11 and significantly increases the risk of crime and terrorism.

Expanding upon the headline argument, DHS’ lengthy dissection of the Rounds amendment goes on to criticize the bill for five alleged offenses: (1) creating a safe haven for 10 million undocumented immigrants; (2) failing to secure the border; (3) favoring amnesty over fixing DACA; (4) expanding so-called “chain migration”; and (5) retention of the visa lottery.

The press release’s summary concludes, in apocalyptic tones, “The changes proposed by Senators Schumer-Rounds-Collins would effectively make the United States a Sanctuary Nation where ignoring the rule of law is encouraged.”

John McCain‘s amendment doesn’t fare much better in the eyes of DHS. The summary section of this attacking press release is a bit more succinct-as is the over-all document–it reads, simply, “McCain-Coons ignores the recommendations made by the Department of Homeland Security’s (DHS) front-line operators.”

DHS also highlights five issues with the McCain-Coons amendment. They are: (1) the bill fails to secure the border; (2) the bill doesn’t fix DACA but offers “mass legalization”; (3) the bill grants legal status to undocumented immigrants; (4) the bill “surges” so-called “chain migration”; and (5) the bill keeps the visa lottery intact.

As for the president’s “Four Pillars” approach? DHS is quite clear. Their press release notes: “This bill is a reasonable compromise that follows the framework laid out by the President.”

Under the president’s bill, $25 billion will be spent on the construction of the border wall, so-called “chain migration” gets axed, the visa lottery goes as well, and approximately 1.8 million DACA recipients and DACA-eligible immigrants would be entitled to legal status and a decade-long path to citizenship.

None of the four amendments are expected to pass.