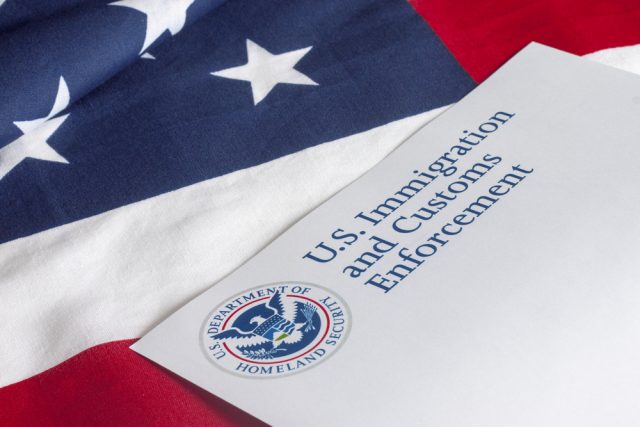 The American Civil Liberties Union (ACLU) has accused Immigration and Customs Enforcement (ICE) of seeking to destroy documents pertaining to allegations of detainee rape, abuse, sexual assault and torture at the hands of ICE officers and guards.

An “action” item posted this morning by the ACLU’s national branch notes that the National Archives and Records Administration (NARA) has given ICE the preliminary go-ahead to destroy 11 distinct kinds of records, including those related to, “sexual assault by guards, substandard medical care, overuse of solitary confinement, threats and physical assault by custody staff, and even death while in custody.”

ICE, however, somewhat disputed the ACLU’s characterization of what’s going on with their records. While officials with ICE declined to comment on the record regarding the way the issue is being framed, Sarah Rodriguez, with ICE’s Office of Public Affairs, said:

This is routine, government record maintenance as prescribed by the National Archives and Records Administration, which is the ultimate arbiter of how our records are managed. ICE is working to be in full compliance with the federal records authority.

According to NARA, all agency records go through a scheduling–of transferal if permanent; deletion if temporary–and ICE, a fairly new agency, is currently struggling to schedule their records–which is mandated by federal law.

While pillorying ICE’s “record destruction plan,” the ACLU’s statement is careful not to say that ICE has requested this wholesale scheduling of documents, but does state that ICE has “proposed” certain–scandalous–records to be destroyed. Later in that same release, the ACLU states:

The ACLU also claims this apparent abuse is a low-level priority for ICE, because only 24 of those 1,016 incidents were investigated by the Office of the Inspector General.

The civil liberties’ organization also notes that Freedom of Information Act (FOIA) requests filed by another organization, Community Initiatives for Visiting Immigrants in Confinement (CIVIC), show that ICE has received far more complaints of sexual assault and abuse than any other agency within the Department of Homeland Security. CIVIC notes:

NARA’s scheduling of ICE’s records now has to go through what’s known as a notice-and-comment period under the rules of the Administrative Procedure Act. Citizens have until September 15 to submit their comments regarding the planned document destruction.