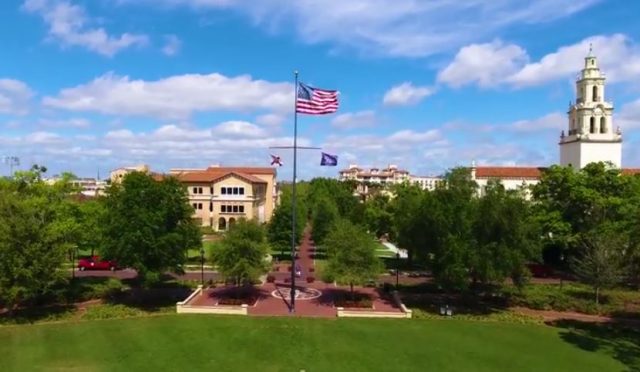 A college student who was suspended after a clash with a professor that gained national attention has now been reinstated. Marshall Polston was facing disciplinary measures from Rollins College for allegedly antagonizing Professor Areej Zufari and accusing the teacher of religious discrimination, according to the Orlando Sentinel.

Polston was taking a Middle Eastern humanities class that Zufari taught, and reportedly took issue with the professor’s approach to Christianity. She claims Polston had been disruptive in her class since the beginning of the semester. After getting a failing grade on an essay, Polston sent Zufari an email calling the professor incompetent, and telling her, “I may have to speak up in regards to your extreme bias and not necessarily to the class but to the dean.” Polston also threatened to alert the media and take legal action.

The school suspended Polston on March 24 and Zufari asked a court for “protection against stalking.” Despite Zufari’s claims of Polston’s hostility, the student maintains, “I made no threats.”

Now, Polston’s lawyer says that his client will be able to return to school next week, but he isn’t through with the professor. Attorney Kenneth Lewis demanded “full inquiry” of Zufari. “A student’s freedom of speech and expression are the cornerstones of liberty in a free society,” Lewis said in a statement.

A disciplinary hearing was held to determine Polston’s fate, but student privacy laws prevented comments on what took place. Rollins College President Grant Cornwell did say that he and other school officials received thousands of emails about the matter. All he said about their contents was, “I could not repeat because I am a decent person. They were filled with hatred and violent imagery.”