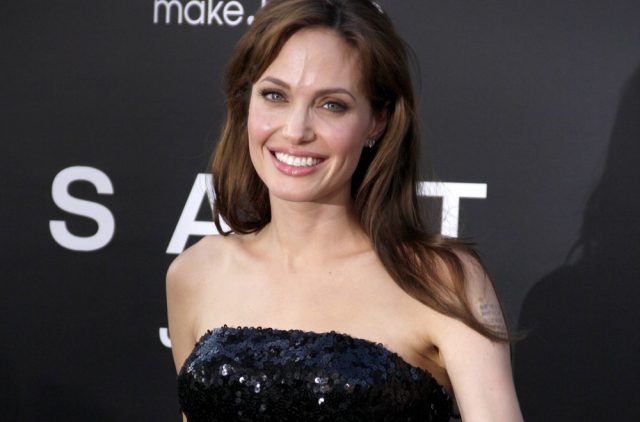 Angelina Jolie took issue with a recent Vanity Fair article about her upcoming film, First They Killed My Father. The magazine discussed how Jolie supposedly went about looking for children to perform in the movie. The article led Jolie to contact Vanity Fair through her attorney, after what they felt was an inaccurate description.

The article described the casting process as such:

To cast the children in the film, Jolie looked at orphanages, circuses, and slum schools, specifically seeking children who had experienced hardship. In order to find their lead, to play young Loung Ung, the casting directors set up a game, rather disturbing in its realism: they put money on the table and asked the child to think of something she needed the money for, and then to snatch it away. The director would pretend to catch the child, and the child would have to come up with a lie.

It went on to say that a young girl who ended up being cast stared at the money for a long time and was emotional when she had to return it. The article says that when Jolie asked the girl what she imagined the money could be used for, “she said her grandfather had died, and they didn’t have enough money for a nice funeral.”

But Jolie says this description gave a false impression of what really happened. In a statement, she said it was “a pretend exercise in an improvisation,” but was “written about as if it was a real scenario.” She insisted that money was not taken from any child during the audition. “I would be outraged myself if this had happened,” she said.

Jolie’s lawyer sent a statement to Vanity Fair, and the magazine agreed to publish portions of it. The statement said:

The casting crew showed the children the camera and sound recording material, explaining to them that they were going to be asked to act out a part. . . . The children were not tricked as some have suggested. . . . All of the children auditioning were made aware of the fictional aspect of the exercise and were tended to at all times by relatives or guardians from NGOs. . . . We apologize for any misunderstanding.

The attorney asked Vanity Fair to remove the original text and feature a correction online and in the next issue. They refused.

Vanity Fair went over the author’s records of the conversation with Jolie that was used for the article, including audio tapes. The magazine says, “After reviewing the audiotape, V.F. stands by Peretz’s story as published.”

They did, however, publish a transcript of the relevant portion of the conversation, which they believe supports their original article.