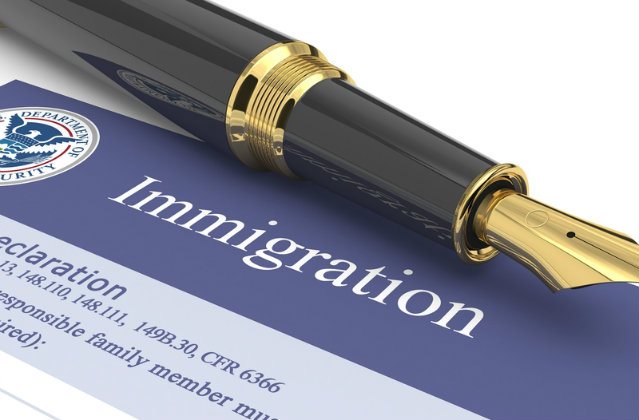 HELENA, Mont. (AP) — A federal appeals court on Wednesday blocked U.S. immigration officials from deporting a Mexican man who recently settled a lawsuit over claims that he was raped in a Montana jail while previously awaiting deportation proceedings.

Attorney Shahid Haque filed a petition with the 9th Circuit Court of Appeals on behalf of Audemio Orozco-Ramirez. The attorney said the temporary stay will remain in effect until the court issues a judgment.

Orozco-Ramirez was arrested Wednesday during a regular check-in with U.S. Immigration and Customs Enforcement, which had earlier allowed him to have a work permit, Haque said.

It’s not unusual for immigrants who are in the country illegally to regularly report to immigration officials and not be deported, as long as they are considered a low priority.

That’s changing under President Donald Trump, who used an executive order to broaden immigration officials’ authority to deport people in the country illegally. The result has been more arrests during such check-ins.

“Ever since President Trump took office and he issued these new priorities, we’ve been seeing more and more that people who previously had been allowed to just check in and be free from detention, they’ve been arrested now,” Haque said.

ICE officials told Haque they planned to put Orozco-Ramirez on a plane to Mexico within days. The attorney attributed the unusual speed to the high-profile rape allegations Orozco-Ramirez made while he was in federal immigration custody in 2013.

“It’s an effort to quickly remove him because of the public scrutiny this case has had over the years,” Haque said.

ICE officials declined to comment on the case on the phone and requested that a written query be sent by email. There was not an immediate response to the query on Wednesday.

A small group gathered outside of the ICE offices in Billings Wednesday afternoon in response to a call put out by the ACLU of Montana.

“We’re interested in keeping an eye on the front and back doors so they don’t sneak Audemio out,” said one of the protesters, Emma Kerr-Carpenger. “We have four in the back, four in the front.”

Orozco-Ramirez, who has lived in the U.S. illegally for the last 20 years and has no criminal background, was arrested in 2013 during a traffic stop of a vehicle he was riding in as a passenger.

Immigration officials determined he was in the country illegally and detained him at southwestern Montana’s Jefferson County jail while beginning deportation proceedings.

Orozco-Ramirez, who was in a cell with nine other men, was held down and raped, he said in his lawsuit. He sued the county, which he said should have had policies in place to prevent the attack.

The Associated Press typically does not name rape victims, but Orozco-Ramirez has talked publicly about his case.

The county agreed to pay Orozco-Ramirez $125,000 to end the lawsuit in December without admitting the rape had occurred.

Since then, Orozco-Ramirez has been living with his wife and seven children north of Billings, and reporting monthly to ICE officials without incident, Haque said.

Orozco-Ramirez applied for a special visa in 2015 for victims of crimes who suffered mental or physical abuse and are helpful to investigating authorities, but ICE never responded to the application, Haque said.

[Image via cgstock and Shutterstock]