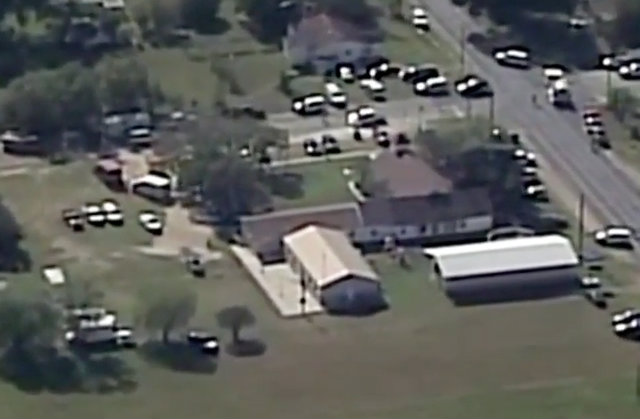 To further understand them, it is important to understand Texas’ local gun laws. Senior Editor Ronn Blitzer wrote about these last year, when a gunman opened fire on Dallas cops during a Black Lives Matter protest. Unfortunately, this new shooting gave us another reason to review this subject.

Can gun owners take their weapons into church? That depends on the church. Gun owners, even those with permits, cannot legally take their handguns onto another person’s property if that property carries a sign prohibiting it. Under state law these signs must read like this:

Pursuant to Section 30.07, Penal Code (trespass by license holder with an openly carried handgun), a person licensed under Subchapter H, Chapter 411, Government Code (handgun licensing law), may not enter this property with a handgun that is carried openly.

In short, Texas is pretty “liberal” when it comes to firearms. Gun owners face few restrictions. Buyers rarely need permits, even for the sake of buying, licensing to own, and registering shotguns, rifles, and handguns. Handgun owners do need permits to carry and open carry in a holster, however. Individuals can face a disorderly conduct charge if they wield their firearm in a “manner calculated to alarm.” Restrictions are placed on people convicted of certain class A misdemeanors and any felony. They are prohibited from possessing firearms for at least five years, depending on how their sentences are structured.

From the statute (emphasis ours):

Sec. 46.04. UNLAWFUL POSSESSION OF FIREARM. (a) A person who has been convicted of a felony commits an offense if he possesses a firearm:

(2) after the period described by Subdivision (1), at any location other than the premises at which the person lives.

(b) A person who has been convicted of an offense under Section 22.01, punishable as a Class A misdemeanor and involving a member of the person’s family or household, commits an offense if the person possesses a firearm before the fifth anniversary of the later of:

(1) the date of the person’s release from confinement following conviction of the misdemeanor; or

(2) the date of the person’s release from community supervision following conviction of the misdemeanor.

A witness told NBC Washington that she heard shooting from a semiautomatic firearm. What kind of weapon did the suspect use? Again, it’s too early to confirm, but it’s worth reviewing the law for general reference: semiautomatics are often used in mass shootings, such as Orlando, and Sandy Hook.

The Dallas shooter, Micah Johnson, used a Saiga AK-74 Assault style rifle. Years before, he purchased an AK-47 from a private seller in a Target parking lot. It was legal. So is the open cary of such firearms. In fact, police misidentified another man at the BLM protest as a suspect after he was seen legally carrying a semiautomatic.

“He never thought that by exercising his right, he’d be plastered over the national media as a suspect,” said the demonstrator’s brother, according to CBS News.