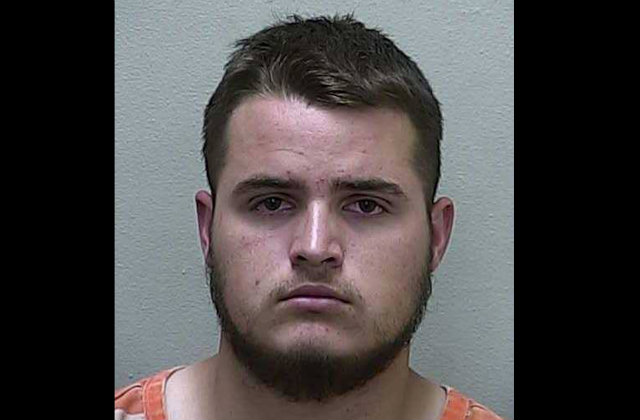 An 18-year-old was arrested Monday for stealing his deputy uncle’s uniform and patrol car, impersonating this uncle, and going as as far to conduct a traffic stop. The alleged motivation: to impress his girlfriend. #Florida.

According to the Marion County Sheriff’s Office, Deputy Yoandy Miranda returned home Sunday to discover his home had been broken into. He had been out of town a couple of days, and it seemed to him that someone got into his locked bedroom, authorities say. It also looked like someone got into his patrol vehicle. But here’s the thing: nothing was stolen from either his home or vehicle. What happened?

Miranda reported the suspected burglary to MSCO Sergeant Bobby Levay. Something hit Levay during the investigation, according to the Sheriff’s Office: He had met a “Deputy Miranda” the night before. The Belleview Police Department, whose jurisdiction overlaps with the MSCO, got a call about a fight at a local convenience store. Once at the scene, they reportedly met a man wearing a MSCO uniform. he allegedly introduced himself as an off-duty deputy–he told cops that he saw the fight, and had asked them for assistance. Sgt. Levay was at the scene too, and this alleged deputy introduced himself to Levay as “Deputy Miranda.” The Sheriff’s Office explanation for why he didn’t realize something shady was happening was because he didn’t personally know the real deputy at the time.

Cut back to Miranda’s home on Sunday. According to the MSCO, Levay realized this fake “Deputy Miranda” was Miranda’s nephew, 18-year-old Isael Lima. Lima, who lives with Miranda, was identified via BPD body cams as the “Deputy” as the convenience store, authorities say.

According to the MSCO, he admitted to 1) breaking into his uncle’s room to steal the deputy’s uniform and equipment; 2) putting on the uniform and driving to his girlfriend’s home because he wanted to “impress” her; 3) impersonating a deputy at the convenience store; 4) stealing Miranda’s patrol vehicle and conducting a traffic stop while in uniform; and 5) bringing a friend along on a joy ride. Lima allegedly admitted his buddy recorded the traffic stop, and authorities claim to now have that footage.