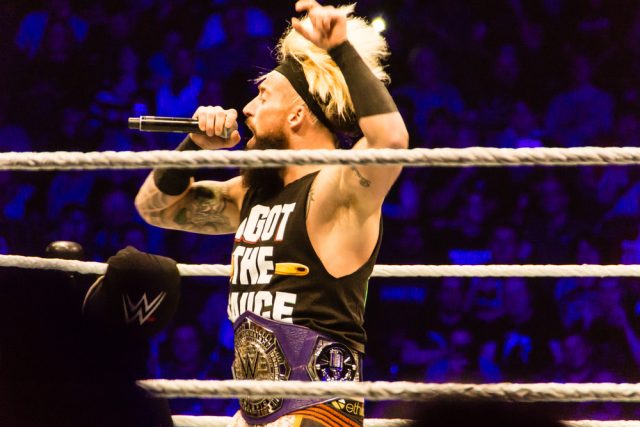 World Wrestling Entertainment (WWE) announced that performer Eric Arndt, who wrestled under the name Enzo Amore, is no longer with the company after a woman claimed that Arndt raped her last October.

Law enforcement officers in Phoenix are looking into the matter, after the woman went public with her allegations on Monday. The woman claims that she was with Arndt and two others, when they got her “fucked up,” and then when she was alone with the wrestler, he restrained her and forced himself on her.

A spokesperson for the Phoenix Police Department confirmed the investigation to Law&Crime, saying, “On Monday, October 23, 2017, at around 2:30pm, Phoenix Police responded to a local hospital for a call of a sexual assault that had reportedly occurred on October 19, 2017[.]”

WWE did not address the details of the situation, but did confirm in a statement to Law&Crime, “WWE has come to terms on the release of Eric Arndt (Enzo Amore).” Arndt had been the company’s Cruiserweight Champion at the time of his release. Prior to his release, WWE had suspended Arndt in the wake of the allegation. He did not appear on television on Monday night’s 25th anniversary show of it’s Monday Night Raw cable program.