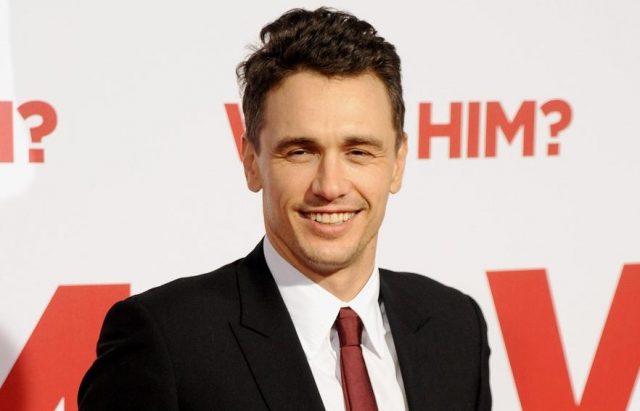 A new report in the Los Angeles Times includes allegations from five women that actor James Franco engaged in inappropriate sexual behavior. All of them said Franco tried to take advantage of women’s eagerness to advance their careers while working with him or attending a school where he taught. The women came forward after Franco won a Golden Globe award for The Disaster Artist, sporting a “Times Up” pin in support of women. Backlash to Franco’s support immediately followed on Twitter, including from Sarah Tither-Kaplan, one of the accusers in the Times article.

Hey James Franco, nice #timesup pin at the #GoldenGlobes , remember a few weeks ago when you told me the full nudity you had me do in two of your movies for $100/day wasn’t exploitative because I signed a contract to do it? Times up on that!

“I got it in my head pretty quickly that, OK, you don’t say ‘no’ to this guy,” Tither-Kaplan said.

Two other women, Natalie Chmiel and Hilary Dusome, said Franco got angry while they were on the set of a film as student actresses. They claimed Franco asked for volunteers to take their tops off and was upset that no one agreed. Franco taught acting at North Hollywood’s Playhouse West, and then opened up his own school, Studio 4, in Los Angeles and New York. Studio 4 opened in 2014, but suddenly closed in 2017.

Devyn LaBella said that when she was at Studio 4, “They would tell us that smaller parts in their projects were being held exclusively for students — often they were opportunities for extra work or parts that required nudity.”

Katie Ryan said Franco “would always make everybody think there were possible roles on the table if we were to perform sexual acts or take off our shirts.”

Franco has denied any and all allegations against him. His attorney, Michael Plonsker, specifically said, “the allegations about the protective guards are not accurate.”

Vince Jolivette, co-owner of the company that ran Studio 4, said in a statement through Franco’s lawyer, “The school was always run professionally.”

Prior to the Times report, Franco appeared on “The Late Show with Stephen Colbert,” and addressed the rumors that he had behaved inappropriately with women.

“The things that I heard that were on Twitter are not accurate,” he said. “But I completely support people coming out and being able to have a voice because they didn’t have a voice for so long. So I don’t want to shut them down in any way.”