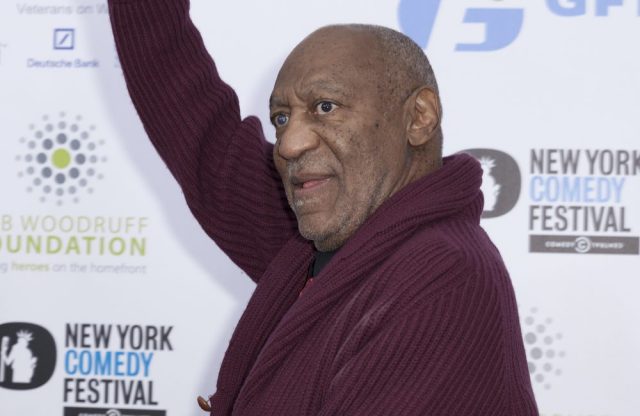 The phrase “Me too” has become synonymous with calling out men who have sexually harassed and abused women. It’s also something that should never come out the mouth of Bill Cosby. Even if immediately beforehand, someone said, “I could really go for a Jell-O Pudding Pop,” and Cosby felt the same way, he should keep his craving to himself, or say, “I would also enjoy a snack of the same sort.” Anything but “me too.” Of course, Cosby apparently doesn’t see it that way, and thought it would be totally cool to make a joke about it. In public. To a reporter. Who is a woman.

Cosby, who has been accused by dozens of women of sexual abuse over the course of several decades, had dinner in Philadelphia with his publicist and a friend, and members of the press were invited along to report on it, for some reason. According to the Associated Press, Cosby shook hands with a female reporter, and said, “Please don’t put me on #MeToo,” clarifying, “I just shook your hand like a man.”

The 80-year-old comic is set to face a second trial for allegedly sexually assaulting Andrea Constand in 2004. The first trial ended in a mistrial last year, after a jury could not reach a decision. Cosby maintains that what happened between him and Constand was consensual. Constand’s case remains the only one to go to a criminal trial, as the vast majority of the accusations directed at Cosby are based on incidents that allegedly took place too long ago, with statutes of limitations preventing any cases from going forward.